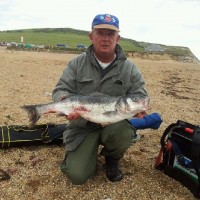 It has certainly not been the best weather for the past few days, but that has not stopped some people landing some great catches.

Chesil Beach: Calm with a slight swell. Water is slightly coloured and there is a bit of weed in Chesil Cove

Portland Bill: 1.2m Swell but generally calm. Water clarity is better than Chesil with only a slight bit of colour in the water. Weed in the small bays along the Eastern side of the Bill and in Church Ope Cove.

Chesil Beach forecast: With a bit of colour still in the water there is always the chance of a Bass. Some nice Bass came out at the weekend with Paul Black landing an 8lb 11oz beast from Burton Bradstock on Peeler. He also had another smaller Bass and a Spotted Ray. Quite a few Rays should come from the Western end of the Beach in the next day or so. Dabs will be mopping up the left overs from the storm last week, so should be in quite close. Lots of Dogfish and Pout during the day and the evening. Not so good for Mackerel until the water clears a bit more, but those able to cast that bit further should reach the clearer water where there is a better chance of getting some. Reports of Sole coming from Cogden on Ragworm during the day, that is a bit early for them to be showing there, but I am not complaining. 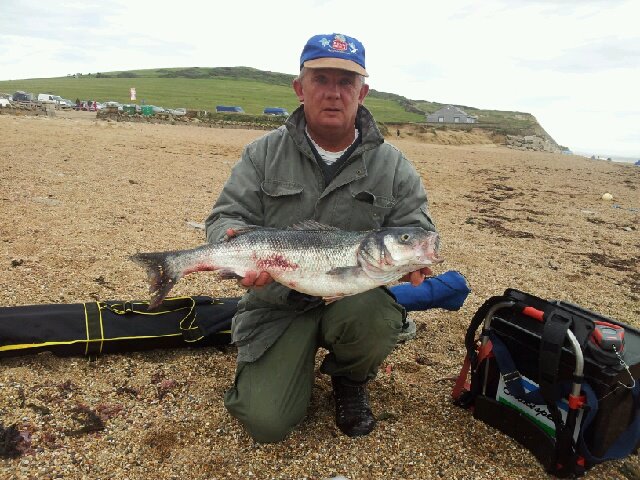 Portland: With the water clearing, the Wrasse will move back in closer and be feeding again. This is an ideal time to target them on soft plastic lures, blues, gold and reds will be the best colours in these conditions. Plenty of Pollock expected with white Sidewinders being the top lure. Both species will also take float fished Ragworm.

Portland Harbour: A good chance of a small Bass behind Wellworthy club and down to the yacht club at Sandsfoot. Plenty of flounders showing from Hamm beach and along the beach road. I am hoping to connect with a Thornback from the same section as long as the commercial guys have not fished it out.

Weymouth Bay: Preston end of the beach has produced some Ray and Bass over the weekend, so there is no reason it wont continue to do so. Tonight is Juniors night on the Stone Pier, so I expect to hear of plenty of Wrasse, Pout and Pollock coming from there.