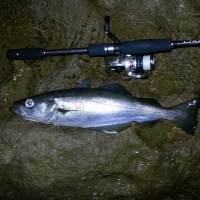 IF you want to fish Chesil today then you had better get well wrapped up as the wind is going to get pretty brisk by later this afternoon. The easterly winds that we have had for the past few days have been replaced with out normal South Westerly’s. This will push the bait fish back on the beach and should improve fishing again. Reports that I am hearing are suggesting that Chesil has gone back to its normal Cod fishing state. That being a few people on the right marks are catching fish, but most people are going home a bit disheartened with only Whiting, Pout and Dogfish to show for their efforts. I am likely going to fish the beach today as I have a load of lovely live Peeler crabs, but on the whole I have been keeping away from the beach because of the Easterly winds and I have been concentrating on Lure fishing. Lets just say that 80 Bass in a week is worth the effort. I have had a similar number of other species with Garfish and Pollock making up most of those, but as a whole I have done really well on Bass. I have heard it say that I am full of Bull about the numbers that I catch, but on every single occasion when I have had more than a dozen fish in a session I have either been with a guiding client or some friends that can all back up my claims along with the pictures I take. 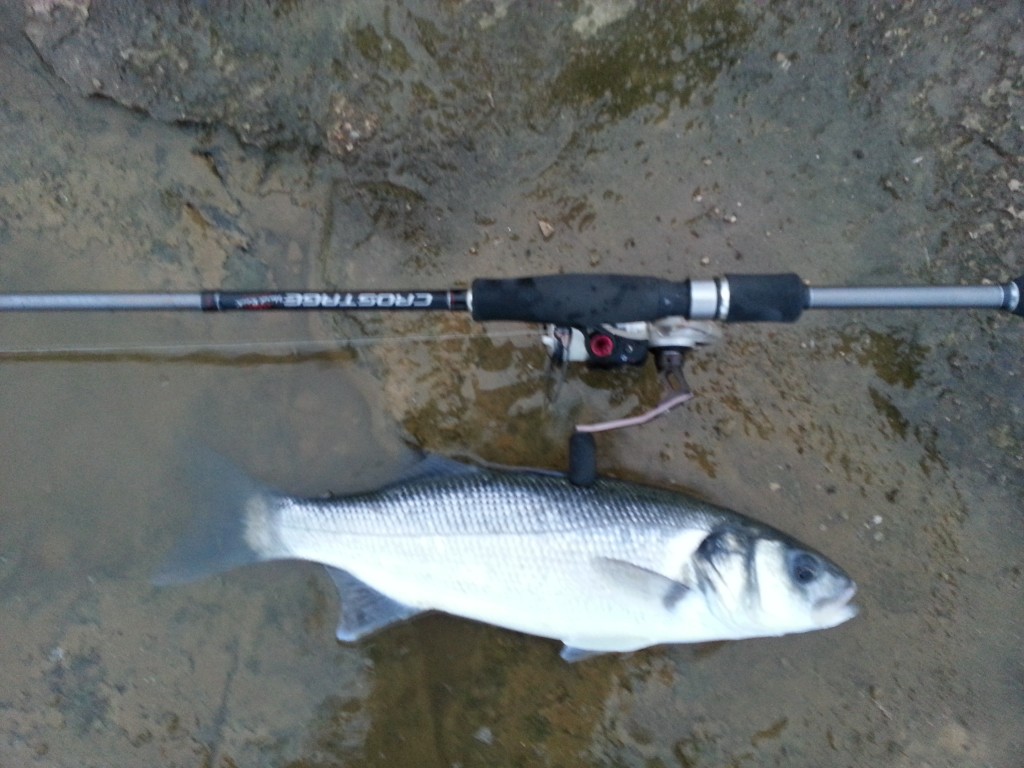 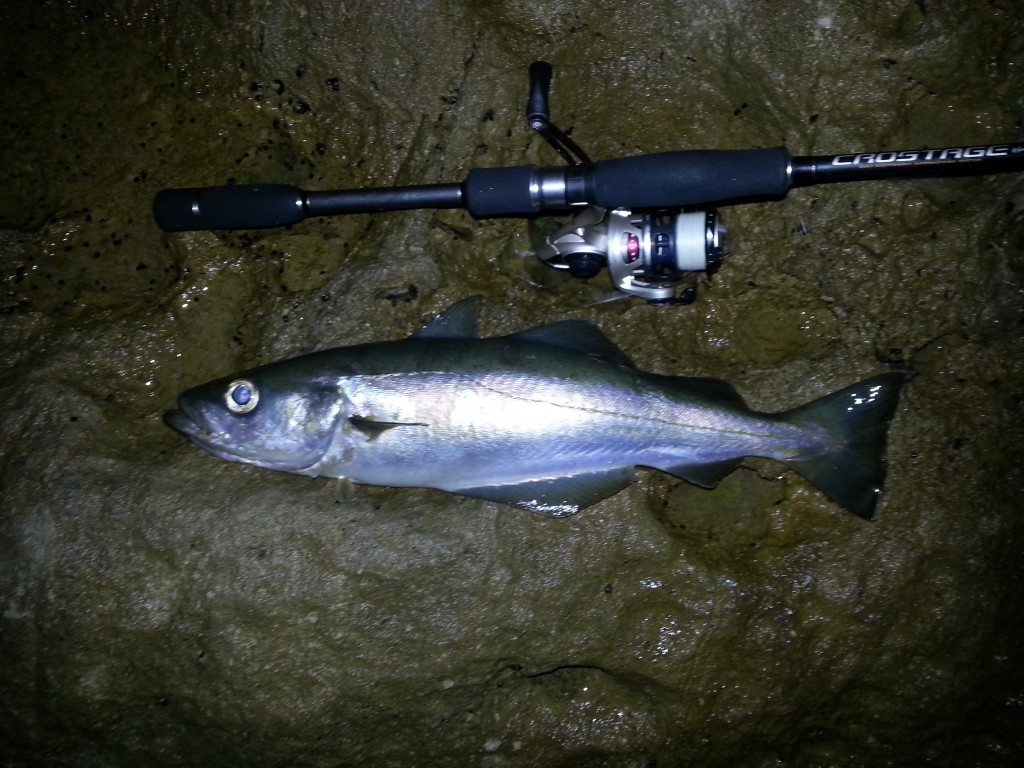 A nice Pollock that came just on darkness

Chesil Beach: Choppy with a 1m swell that will build quite quickly this afternoon. Water has a milky green tinge to it.

Portland: Choppy on the West side and around the Bill. Pretty sheltered on the East. Water is clear with just a slight tinge to it.

Weymouth Bay: Clam with a little bit of colour in the water.

Chesil Beach forecast: I expect the beach will be busy again with anglers targeting the Cod. It was certainly very busy yesterday and not a lot of Cod were caught except by the better casters. Today will be a bit better with the fish being closer inshore. There will be plenty of Whiting and Dogfish during the day as well as at night. Best chance of a Cod today will be over low water, especially down towards Cogden and Abbotsbury. Still plenty of Mackerel and Garfish on the beach with Bass hunting them down. Although the water has dropped a full one degree over the past 3 days we should still have Bream and Gurnard around for a few more weeks at least.

Portland: Wrasse. Pollock, Garefish, Mackerel and Bass all coming to lures and Mackerel strips fished on a float. My top mark for the Island today would be Church Ope Cove from around 4pm onwards.

Portland Harbour: As I drove past the harbour and along Hamm Beach I saw lots of signs of fish activity. Lots of Terns were working close in and I could see the water erupting with bait fish. The best time to fish that area is on an ebbing tide and use surface lures.

Weymouth Bay: Preston Beach has been producing a lot of Whiting this week and gives you a better option that Chesil if you want to get away from the crowds. The piers are both fishing well for smaller species and there have been a few Squid caught in the evenings..

Boat and Kayak fishing: I know some of the charter boats are out today, even though it is going to be a bit lumpy. If you have your own boat or Kayak and you can find a  bit of shelter somewhere in Portland harbour then you are sure to find Bass, Thornaback Rays, Black and Gilthead Bream.

Guiding:  Due to changes in my schedule I do have dates for most of next week. On one of the days next week I will have a camera crew with me filming one of my guiding sessions. I am not sure at the moment which day that will be, but if you do not want to be involved in any of the filming, then it would be better not to book with me over the next few days. I have a couple of more sessions available in October mainly for Bass fishing but I might be persuaded to do a bait session for Cod or a late Plaice. I am taking bookings for both Bass and bait guiding sessions for November. Don’t miss out on the best months fishing. These can be tailored to your requirements including mixed days of bait and lure fishing. Drop me an email for more details sean@fishingtails.co.uk