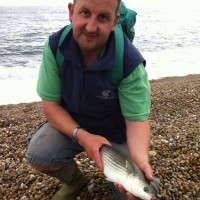 What a fantastic week of fishing I have had this week. Lots of nice Smoothound on the smelly old bait, with the odd Bass thrown in for good measure, but yesterdays guided lure session was the highlight of the week.

I took a couple of guys who had travelled down from Swindon to a number of different spots that often produce some nice Bass for me. When I arrived at one of the spots, we could see shoals of baitfish being driven on to the beach right in front of us. Bass and Mackerel were hammering into them so close you could almost walk on them. I got the guys to get in amongst them with some lures that I use for just this type of occasion, sure enough they both hooked up pretty quickly. We managed Bass and Mackerel. The icing on the cake however was when I noticed that the Mullet were showing a lot of interest in one lure in particular.  They had taken a fancy to the Seaspin Pro-Q 120, a fairly big lure and one I have featured in a post before. It was not long before we could see a big grey shape come up under the lure and grab it. Fight on and after a couple of minutes Jeremy managed to land a lovely Mullet of around 3 1/2lb. What was surprising was it was a Thick Lipped Mullet, not a thin which often take small Mepps. Initially I thought this was a one of, but we continued to target them and they continued to attack the lures. I think I know why, but until I do some more fishing to target them then I wont say, but if I work it out I will let you know, as Mullet are one of the most exciting and sporting fish in the UK. 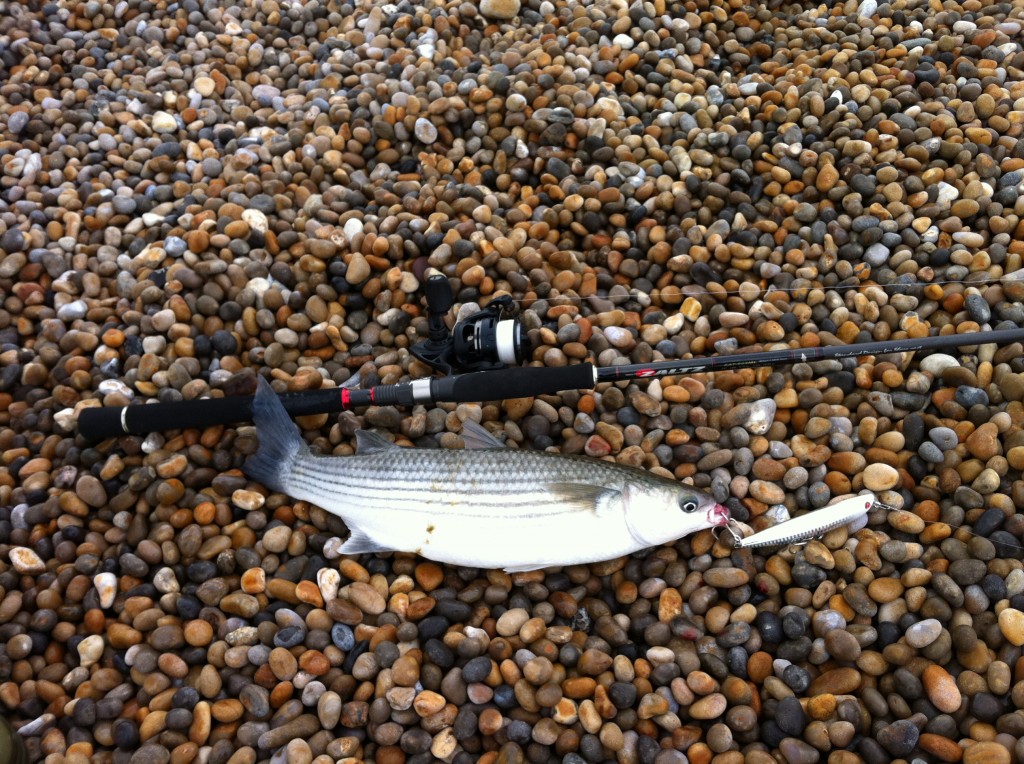 A lovely Thick Lipped Mullet on a Seaspin Pro-Q120 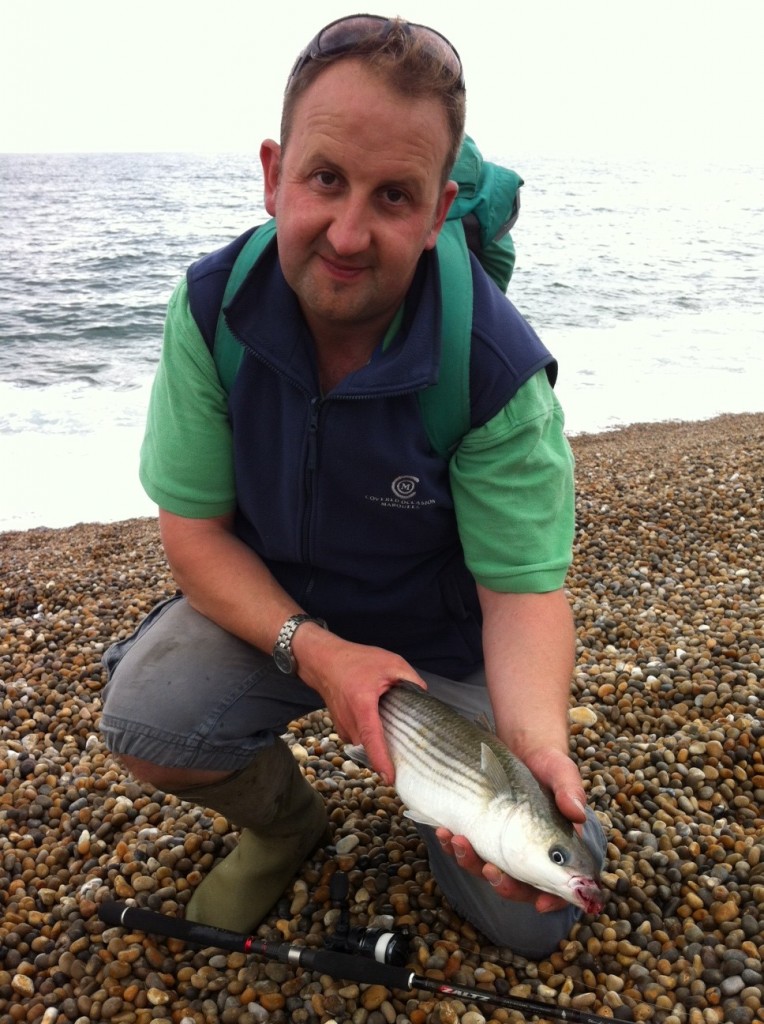 Jeremy with another lovely Mullet on a surface lure

So after doing well on numerous rock and beach marks around Dorset this week, I can say that the fishing has really switched on.

Chesil Beach: Calm with a small swell of less than 1m. The water is clear along the beach with the exception of the area I reported over the past week around West Bexington where it is milky brown.

Portland: Calm with a small swell, the water is clear.

Chesil Beach forecast: The beach is fishing exceptionally well now. Bream, Gurnard, lots of Smoothound, a few Bass, Garfish and lots of Mackerel. The Bream are more towards the Portland end of Chesil, but the rest of the fish are all along the beach. I have heard no reports of any Triggers being caught, but I have heard of some nice Congers coming from Moonfleet.

Portland: The Island is fishing very well. Lots of Wrasse and Pollock and a few Bass have all come to me on lures, though I did see some guys catch on float gear. They had a few Garfish on float fished Mackerel strips, fished very close to the top.  Those that have never float fished before can go to any of the local tackle shops in Weymouth and buy a float pack that has all the swivels, weight, hook and float all ready to clip on and use.

Portland Harbour: A few small Bass and Black Bream have come from the shallow water areas along Hamm Beach as well as some nice Flounder.

Weymouth Bay: Stone Pier is a great mark to take your kids and introduce them to the numerous species that live on it during the summer. Bream, Pollock, Wrasse and even Bass can be caught by just dropping a line over the side. A great way to spend a summer day in Weymouth. My friend Will Harding has been catching some great fish on LRF techniques including some great Flounder.

Boats and Kayaks: Great weather for boat fishing all weekend. Even the smaller boats will be able to get out to the reefs around Portland and the Shambles. The charter fleet are reporting great catches for Bream, Rays and Turbot locally.