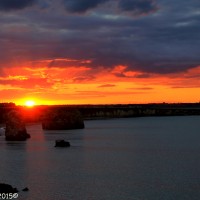 Cod On The Rock’s

Summer Cod fishing can be very rewarding, yet many anglers will decide to put away their cod fishing tackle during the summer, and in my opinion could be missing out on some very good cod fishing.

I was recently invited along by a good friend of mine while he was targeting Cod from the cliff tops at the Marsden area of South Shields. When fishing from venues like this local knowledge and safety come in to one. Never try fish these venues unless your with someone who know the area and know what they are doing. Arran, from Sunderland is well known in the local area for his consistency of catching big fish and big bags of fish. 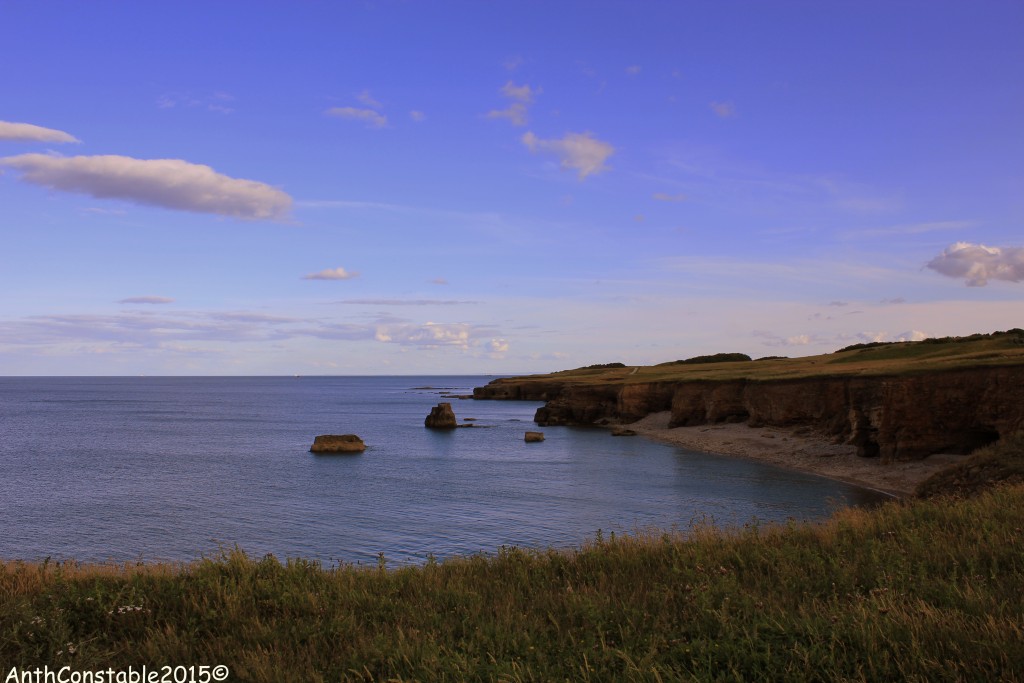 In the summer, Cod will move into the shallow kelp jungles looking for a tasty meal, often taking up residence. Some of the cod which have been living in the weed for some time will take on a deep red/brown coloration, we generally call these “Kelp Cod” “Kelpies”. They are not a different species, they just look different through their colour. Summer cod fishing doesn’t require any change in tackle from your winter cod gear, but maybe a slightly different approach to the venues, as well as taking into consideration conditions, tides and baits.

As most anglers know the temptation of a juicy crab bait is far from reluctant when it comes to Cod fishing. Choices of rigs vary between anglers, depending on their preferences. Myself I like to use a single hook paternoster rig tied with a 3/0 Sakuma 540 manta. Arran tends to use pulley pennel rigs tied with 3/o Sakuma 540 manta’s as this rig suits his style of fishing as he uses braid loaded on a Penn Spinfisher reel. 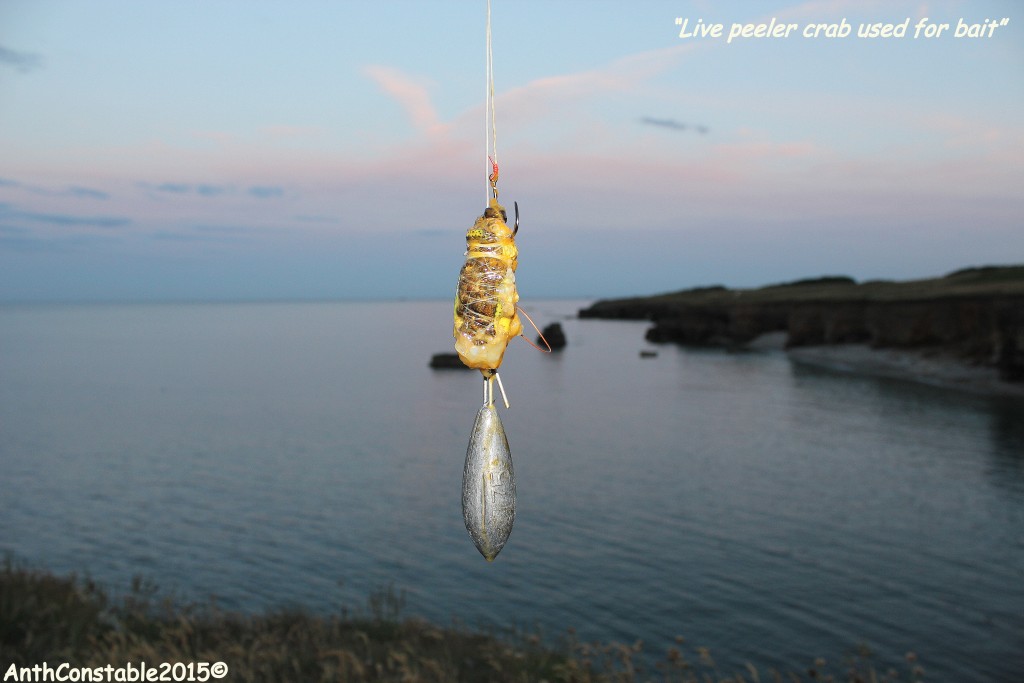 When targeting these fish large tides with very little swell movement seem to be more productive. Distance casting is key on this venue. The kelp beds where the cod are start at around 100 yards out.

Arran can cast a bait very well. He starts at distances of around 180 yards and works his way back in bit by bit with each cast until he finds the feeding fish. 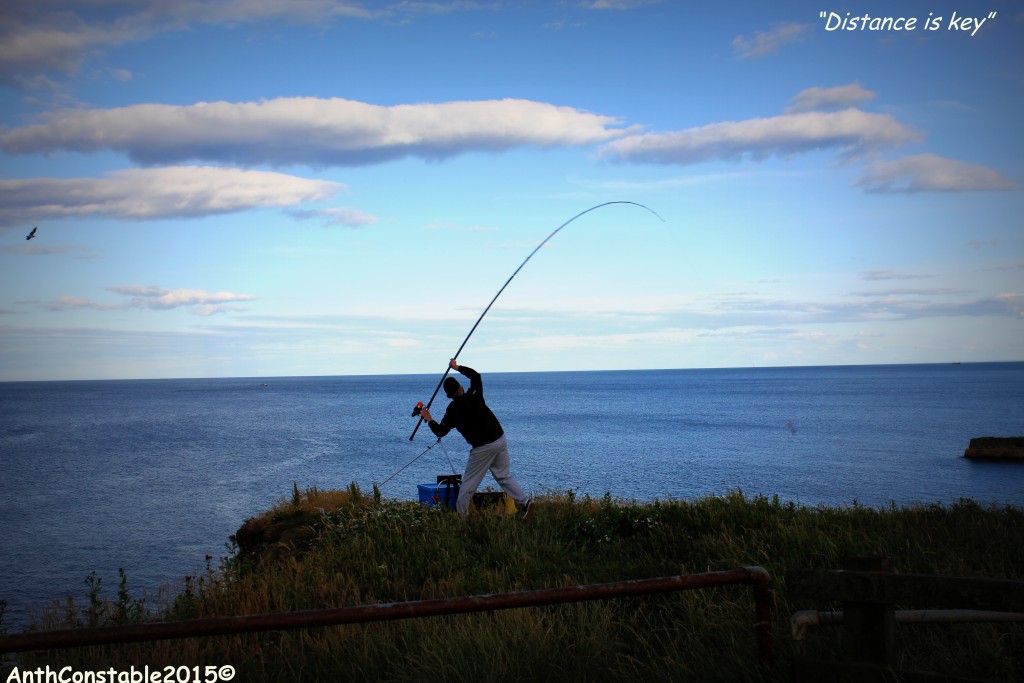 Its not long until a very inquisitive bite progresses and Arran hits into what looks like a good fish. With the fishing ground being so heavy it makes hard work of any sized fish coming through the jungles of kelp. He does well to get the fish through and hoists it up the 35ft cliff face. 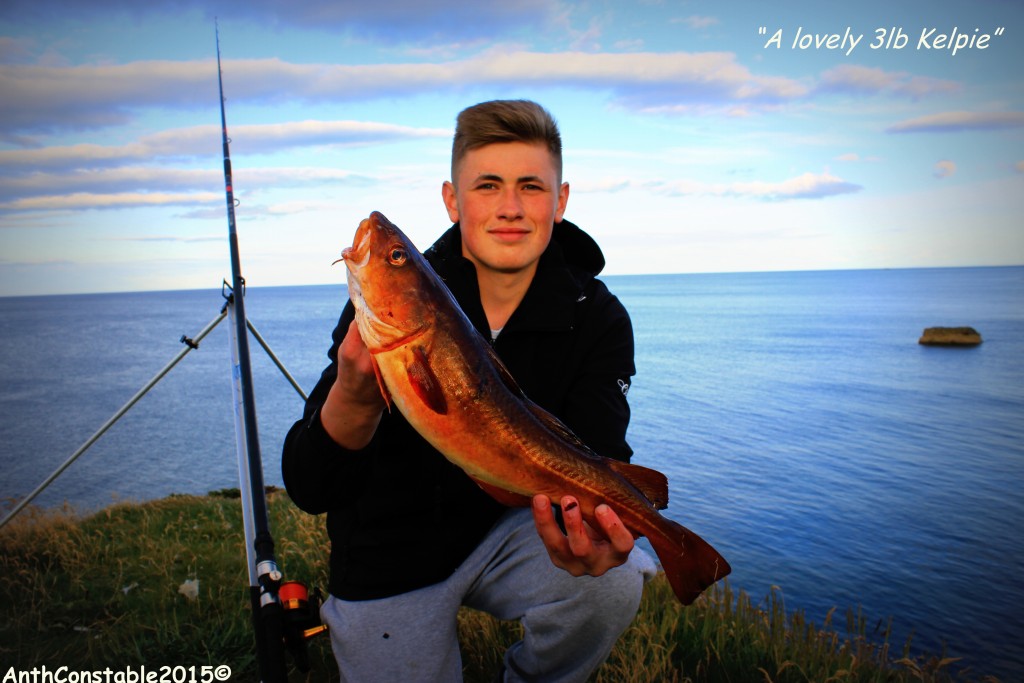 I notice an angler fishing 150 yards to the left of us and see that he has also hit into a fish. I take a walk along and it turns out its another local lad I know. Steven is also a keen angler when it comes to Cod. You can often find him perched on a cliff top in search of his targeted species. Cliff fishing is not for the faint hearted. I have known Steven to fish cliff tops in the region of 100ft and climb down 330ft ones to fish for Cod… “rather him than me”. He lands his first fish of the evening weighing around 3lb. 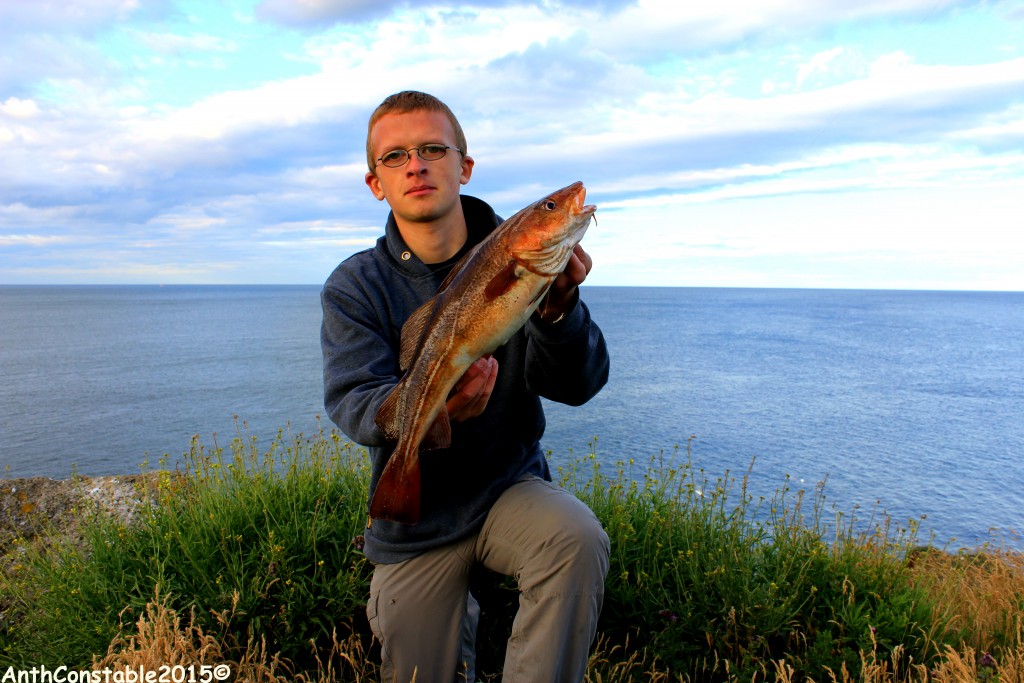 As darkness falls the mark that Steven was fishing becomes vacant as he decides to move onto another popular mark further to the left. He hits out his crab bait at around 150 yards and within a few minutes his rod tip starts to show the signs of interest. Steven tightens his drag and waits for the next bite to progress. The rod tip goes over and he reels into another fish. Its hard to tell if its a good fish or not with the constant hang ups on the way in but he assures me its a good fish. Steven is rewarded with fish number two for his efforts. 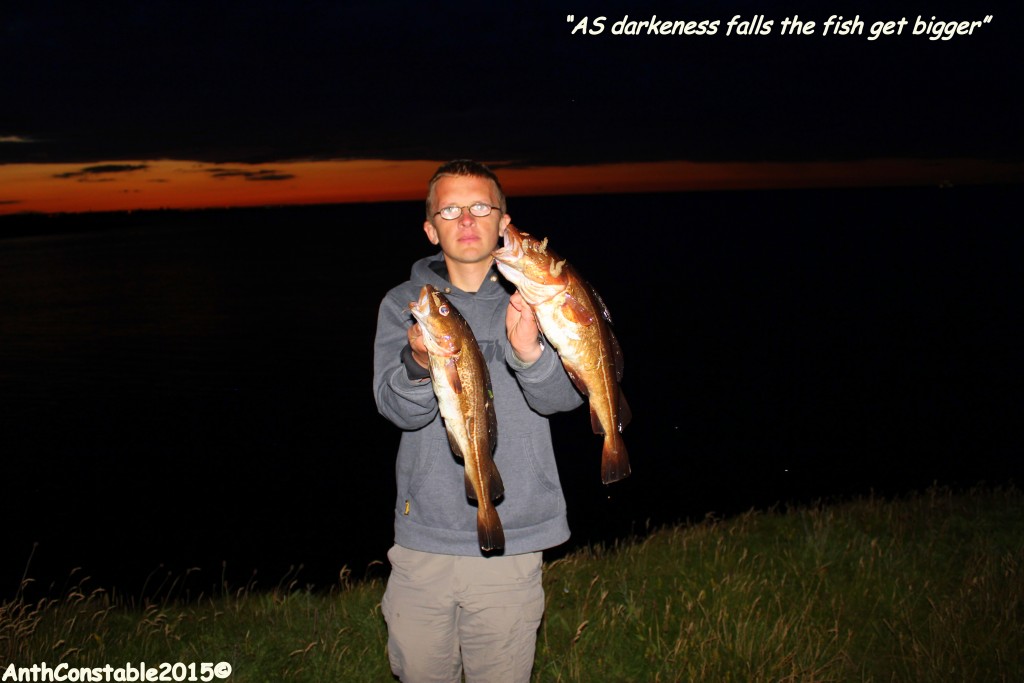 When fishing it is always good practice to pre-bait a second rig. When I am teaching fishing this is something that I will always advise on doing. Most of the time where there is one feeding fish you can pretty much guarantee there’s going to be another. When you land a fish take off the rig and get your second rig back out into the water as soon as possible. There has been many of times when I can not even keep up with baiting up my hooks because there’s been that many feeding fish in front of me.

Steven baits up for his final cast, he applies two crabs to his rig and launches it into the darkness. Same scenario again, a fish takes interest in his bait after a few minutes giving the slightest of bites. He had certainly shown patience before the best bite of the night was to come. The rod is nearly dragged from the stand. He picks up his rod tightens the drag and hits into a good fish. The bend in the rod says it all, he pumps away on his Century TT Sport and hauls a great 5lb Codling up the cliff face making his bag of the night stand at 11lb.

Guiding: I have now been accepted as an official Fishing Tails Guide. I am happy to offer guiding for all the local species such as Cod, Flounder, Rays, Pollock, Wrasse, Plaice and Smoothound from the shore. If you would like to learn to fly fish for Trout and Grayling I can offer that as well. Guiding can be offered through out the North East, Cumbria, North Yorkshire and Southern Scotland. If you would like more details contact me via email at anth@fishingtails.co.uk

3 Responses to "Cod On The Rock’s"