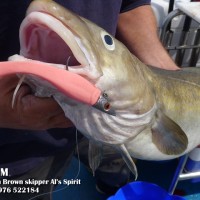 The Deviltail lures are a hybrid design created from a number of previous designs tried and tested over 2014 /2015. The original Deviltail started life as a worm pattern to work in conjunction with a variety of jigheads and hook sizes and jolly effective it was too taking Bass, Cod and Pollock so the concept was proven.

With the development of new CNC moulds for my turbo jigheads this year a re-design of a number of my lure moulds took place and the Deviltails were totally re-worked. Taking parts from other top catching lures I’ve developed to arrive at a much stronger, more active lure and to work in conjunction with the turbo jigheads in a variety of weights and hook sizes.

The Deviltail itself is from the original curltail worm using the back half and the front half is from my supersprats. Reason I chose this combo is that the curltail does the business in attracting the takes and whipping up good vibes in the water. The front part is used as it has bulk to take the jighead with re-inforcement to anchor it into the silicone rubber and not easily tear out.

First mould produced was just for bodies only in a large range of colour options but with no provisions to work in the turbo heads all in one layup so a finished lure would leave the moulds. So back to the CAD system for another re-work and at the same time look at creating a paddletail shad version. 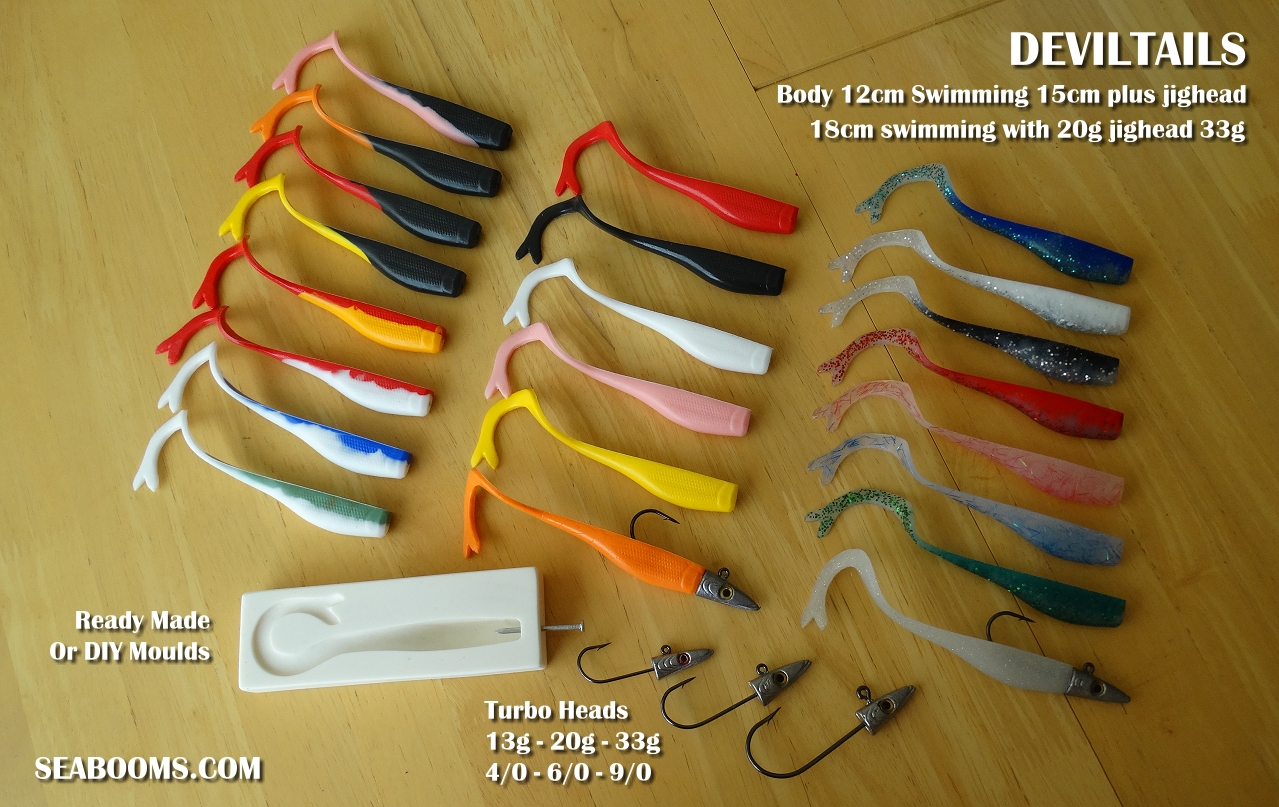 The shad again is hybrid using the front of the deviltail and a slightly smaller version of the paddle from my Turbo Twitcher lures and slimming down the paddle to body section for plenty of drive at slow and fast speeds, plus incorporating the turbo head into the lure.

So two new versions to test out, the tank tests showed they had action so next to get them into the water and see how they performed on sea trials. The lures attracted good takes on both styles for Cod and Pollock and the EagleClaw hooks in the turbo heads secured good hookups so all good there.

A batch was made up and given to one of the Weymouth charter boat skippers to hand out and let others try them out and see how they worked. Good catches of Cod and Pollock plus John Dory took to the curltails version.

So all good and the final mould was finished with both patterns incorporated plus provisions for the turbo heads or a variety of other jigheads can be used but the turbo head does complete the look of the finished lures. 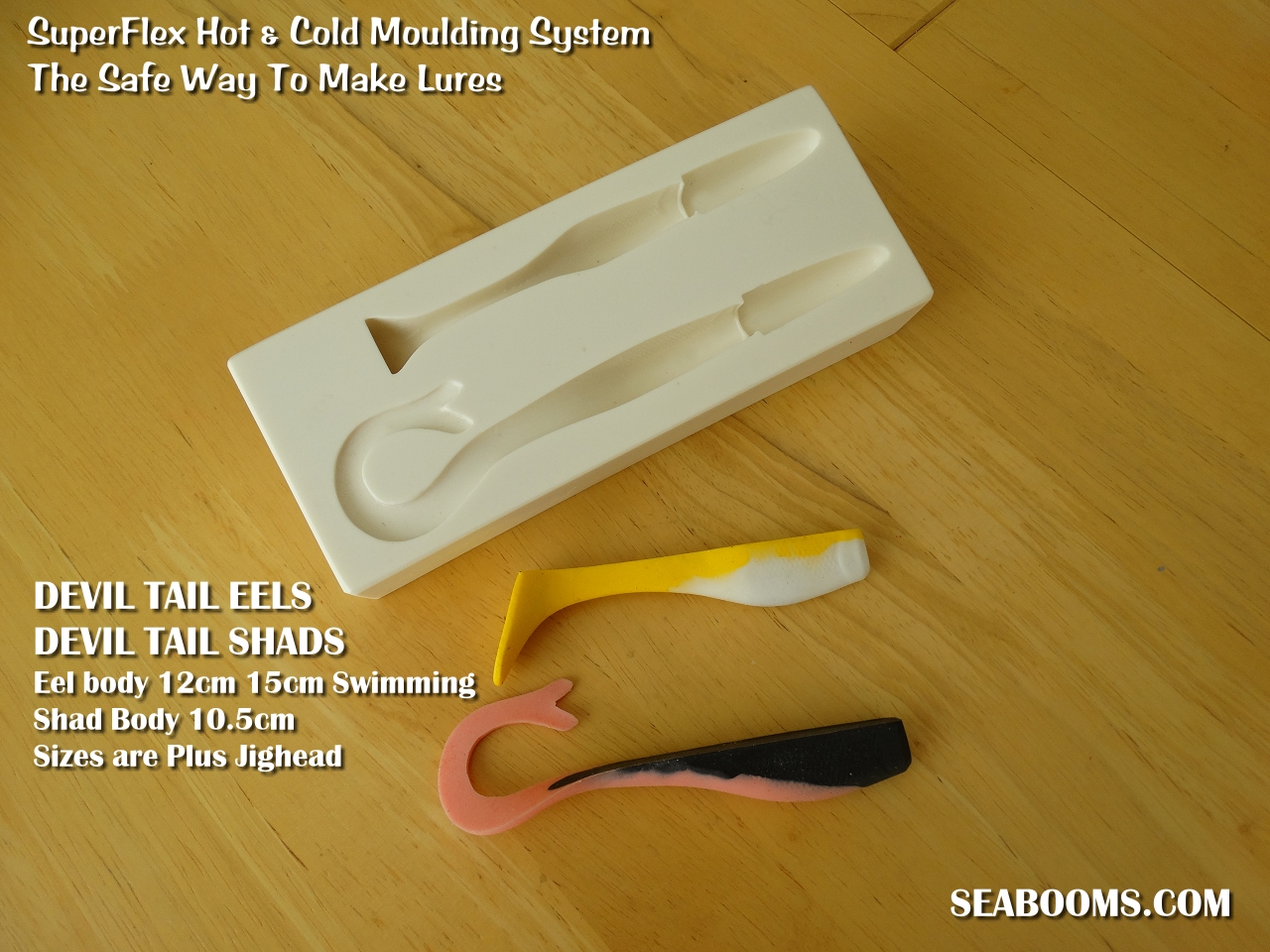 Production moulds are in place and there is the DIY version available for home lure makers. A lot of work to arrive at the finished lures and great fun out on the sea trials and some cracking fish in the freezer so all well worth the effort at what I consider the ultimate lure combo if the shad doesn’t work the deviltail tail should. UV charged versions of the production lures are available plus a colour range in my tough X2 silicone rubber. 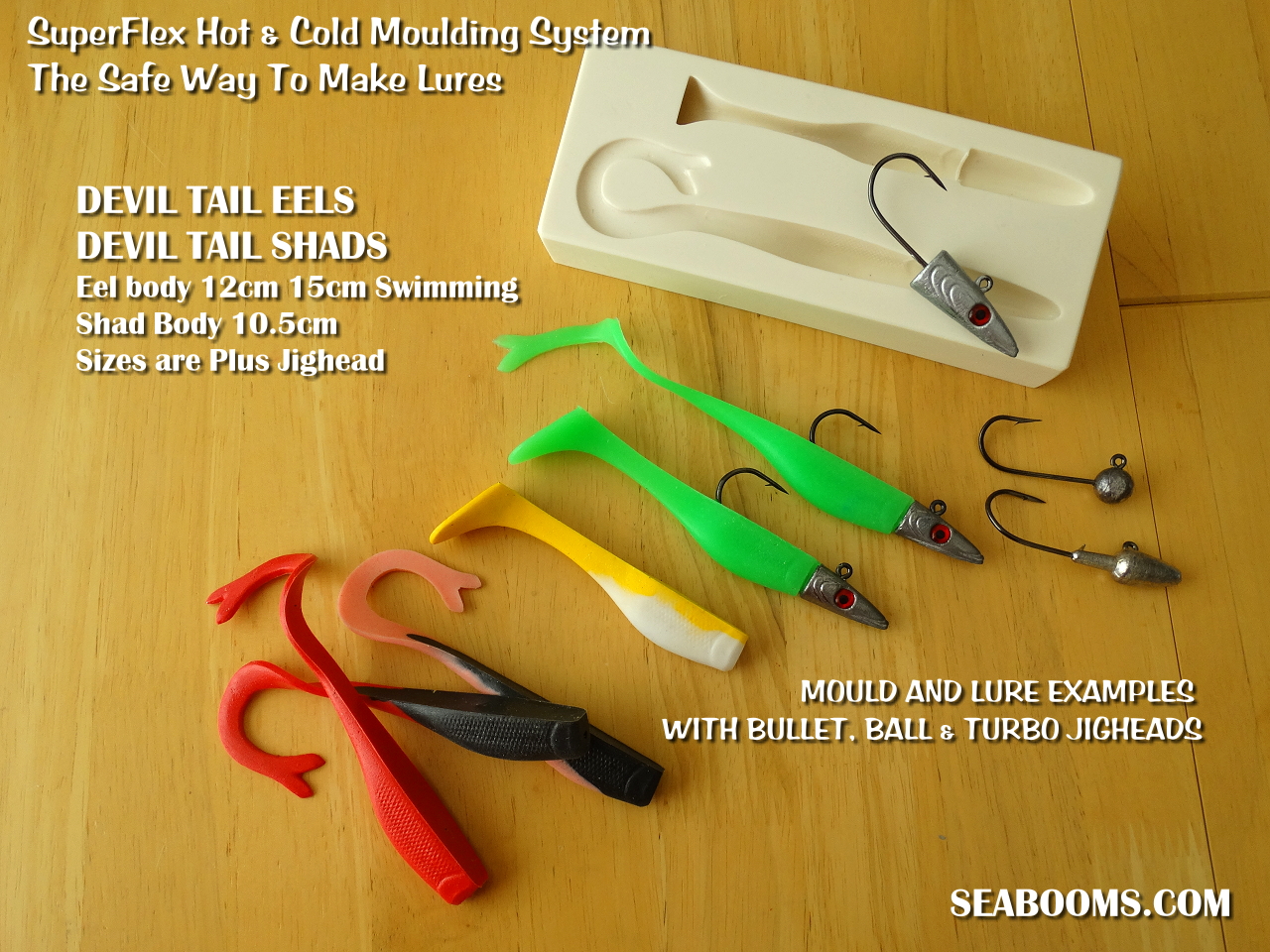 Watch this video of the two lures in the tank test and you will see why the action of the lures is so effective.

SUBSCRIBE
Avet SX 5.3 MC Reel review It’s all about the Bass. The reality of a 6 month ban

One Response to "Deviltail Eels and Shads development"