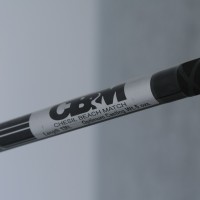 Century versus Conoflex on test at West Bexington in search of Plaice.

For more than a year now I have been hearing quite a lot about the new Conoflex Chesil Beach Match (CBM). Almost living on Chesil Beach this was of obvious interest to me. When I was given the opportunity to test it out, I thought that it would only be fair to compare it to another rod in a similar price range. As it happened one of the many rods I own is a Century Tip Tornado Super Match, so that seemed an obvious choice. 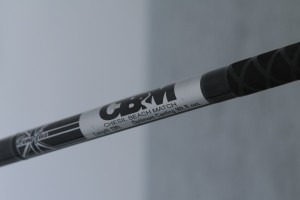 Just to give you a little insight to me, so that you will have a better understanding of the types of rods I prefer and am able to handle proficiently. I am 5ft 8” medium build, and I have fairly small hands. So I cannot handle the more powerful rods that the 6ft guys can. I like the rod butt to be slim. In fact the slimmer the better. I have been beach casting for almost 30 years now, but only 18 months ago did I convert to down the Butt pendulum casting. It was when I took the plunge and switched from up the butt, that my distances improved easily by 20% within hours.

I own a variety of rods from different manufactures including ABU, Anyfish Anywhere, Berkely, Century, Diawa, Greys, Penn, Savage Gear, Shakespeare, Quantum and Zziplex; and those are only my saltwater rods. In my mind! Most rods have a place in my arsenal, but to be honest at least a quarter of them serve the same purpose, and that is as out and out beach casters.

The CBM has had a lot of design influence from Dave Chidzoy, who many know is a well known local angler. He wanted to create a rod that was better suited to the fast tides, but fairly clean ground of beaches like Chesil.

In the past I have not been a lover of Conoflex, purely down to them being quite bulky and wide. No problem for short range Wrasse and Conger work, but hard of you have small hands and are trying to clamp your thumb on a multiplier. The CBM is a far cry from its ancestors. It has a slim butt and tapers away nicely to a well proportioned tip. Very similar to the Tip Tornado SM in weight and feel in the hand; but that is about where the similarities end.

The Conoflex model I had the chance to test was the 13ft version, this was the same length as my Century. The only problem was it came with no reducer, so I just used one from one of my other rods. Both rods were fitted butt down with ABU 6500 Mag Elite’s.

I started off with just a 5oz plain lead to get a feel for the rod. Setting the mag brakes to 50% on the reels, I wound up into a relaxed pendulum. The rod reacted instantly and loaded easily. This sent the lead out a good 80yds without any effort at all. Next cast I was down to 20% on the brakes and gave it a bit more welly. Wheeee the lead flew off again almost effortlessly.  What I really liked about the CBM in this case was that the cast was much slower. The Tip Tornado seems to have a much faster tip action, that can sometimes cause you to rush the cast and basically mess it up. Not once did I not feel completely in control of the cast. I was certainly equalling any cast from the CBM to my much more familiar Tip Tornado. As this was not a test over grass I can not say for certain the distances that I was casting, but I would have guessed they were in the region of 160yds. Which for me is a very good cast. I am not tournament caster by any stretch of the imagination, but I do know that when fishing Chesil, especially for Plaice, you have to get that bait out there.

Casting over! Now it was down to the fishing, so on went the rigs. Rigs were single hook up and over baited with Mussel and Ragworm with 5oz breakaway long tail grippers. Just as without bait, the casts were smooth and unhurried, with the bait staying on the hooks.

I liked the way that the rod tip pulled round nicely when holding the bottom. There was a nice enough amount of movement not to pull out the lead. I had 2 Plaice during the short session. I could see the rattles but despite all manufacturers claims about great bite detection, none of the stiffer casting rods really have any great bite detection. 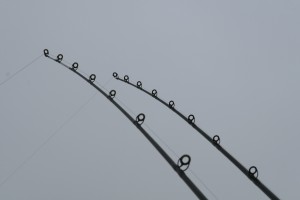 I was a bit concerned about the finish on the CBM as the varnish was starting to crack around the whippings on the eyes, so I gave the shop a call to find out if it was a pre production model. I was informed it wasn’t, so I called in the shop to have a look at a brand new one. I have to say I was shocked at the poor quality of the finish. Even on a brand new one the varnish was already starting to crack and in many places along the blank it was marked. I can only say that they either have a low standard of finish on them or the quality control is very poor. When you are paying over £300 on a rod you expect it to look fantastic, just like the new Century’s. They are fitted out with the new Fuji K Guides, moveable reel seat, beautiful whippings and the attention to detail is great.  The CBM can best be described as an understated, black, boring looking blank.

Given the choice between a Century Tip Tornado retailing around £340 and a Conoflex Chesil Beach match at £20 more plus another £20 for a reducer and £10 for a rod bag, there is no choice for me. I would much rather have the Century, even if I was offered a direct swap for my year old tip tornado with a brand new CBM I would politely say no thanks. 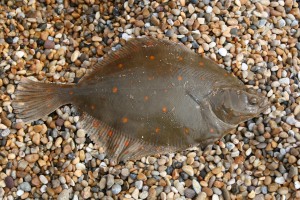 A nice Plaice as a bonus for the session

6 Responses to "Century versus Conoflex on test at West Bexington in search of Plaice."