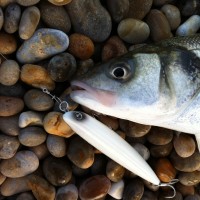 Well the May water has almost cleared, once the large tides at the weekend have move dispersed the last of it, we should be back to good visibility again. Catch reports have been almost non-existant, with not so many people fishing the beach and even fewer catching. There have been the usual numbers of Dogfish and pout at night, but to be honest I can’t get too excited about sitting on a beach all night for those. The main problem is the lack of Mackerel. Without the Mackerel being in the other predators are not going to be around in decent numbers.

Give it a couple of days and catches will certainly pick up, with species such as Plaice being easier to target. This year has all the indications of being another good year for the Smoothound, as they have been consistently caught despite the conditions.

Chesil Beach: The beach is flat calm at the moment, it will pick up a little bit later as the wind switches to the SW. The water has a light cloudy look to it.

Portland: Calm with  a slight tinge to the water.

Chesil Beach forecast: As the water clears the Mackerel will return in numbers and with large tides building the bait fish will be pushed all over the place. Expect Rays towards the Western end of the beach with a few Plaice and Dabs. One of my regular reporters fished West Bexington yesterday and blanked. He says that it was pretty much the same for everyone around him

Portland: Loads of Wrasse and a few Pollock are being caught around the Bill and at marks like Chine. Church Ope is now a possibility, as long as the netters don’t move in again.

Portland Harbour: A lot of people fishing the harbour with limited success. I am going there first thing this morning in the hope of picking up a Bass on lures. This time last year I had managed about 40 fish from the harbour. So far nothing this year at that mark. 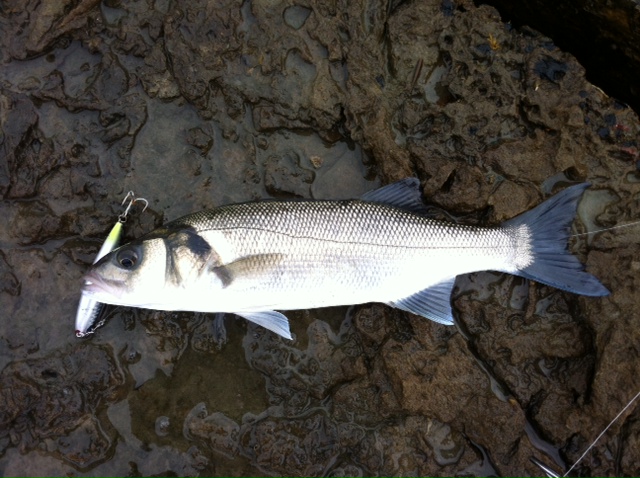