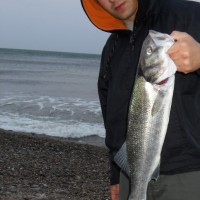 what is May water? I would love to say that it was a great weekend of fishing for everyone, but I would be lying. I can’t think of a worse weekend since mid February. Not because it was so bad, but because it should have been good and it wasn’t.  The May water is really messing the fishing up.  I have had a lot of people ask what May water is. I read a reply to this question on the site yesterday from Brian, so I thought it best to use his explanation of it, as it is pretty much as I understand it to be, although his explanation is more fresh water based, the principal is the same:

Water bloom, dense aquatic population of microscopic photosynthetic organisms produced by an abundance of nutrient salts in surface water, coupled with adequate sunlight for photosynthesis. The microorganisms or the toxic substances that they release may discolour the water, deplete its oxygen content, poison aquatic animals and waterfowl, and irritate the skin and respiratory tract of humans. Single species of algae, diatoms, or dinoflagellates, reproducing every few hours, may dominate a blooming population; the number of individuals per litre (quart) of water may range from 1,000 to 60 million.

So what does that meen in real terms. Basically all the algae growth creates huge rafts of green water that turn brown as the algae die off. At times it becomes so thick that it can be seen as green or brown blobs on your line. Imagine that coating the gills of fish and you can see why they don’t want to stay in it. Colder water areas provide relief for all types of fish from the bait fish to the apex predators. It is why when fishing in tropical waters guides look for the ares that blue and green water meet to target the big predators. The exact same tactics can be used in the UK, unfortunately most of the predators are not the same size as those in tropical climates. Having said that, a number of sharks have been spotted around Portland. I have seen the pictures, but so far do not have permission t show them. One local angler has been trying for them from the shore for the past two weeks, so far without success.

I have been running a trial for the past year, using some very expensive satellite feeds that give me all sorts of information. I will reveal more later in the week once I have renegotiated with the providers, as to how this information can be used for forecasting where fish are likely to be. It is perfect in May water conditions to find areas of clear water. Results from last year were pretty conclusive for me with regard to lure fishing. This year I will spend more time on bait fishing. If the results mirror those of last year,  then we can all expect to catch more fish.

It is not all bad news though.  Krzysztof sent me an email with a picture of a 4.5lb Bass that he caught at Seaton on a Rapala Clacking Minnow. The vibrations from the minnow were enough to prompt the Bass to hit the lure. 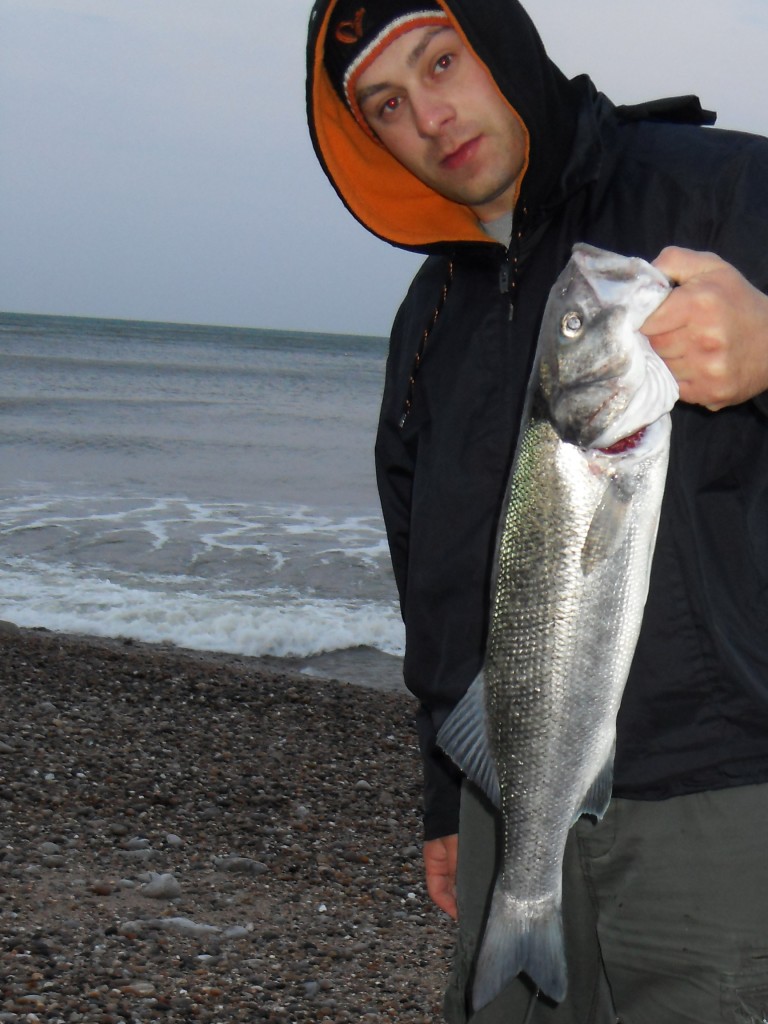 Chesil Beach forecast: Good luck on the beach today. A few Plaice may come from the Abbotsbury end of the beach. Night tides will produce Dogfish and Pout. Mackerel are scarce at the moment.

Portland Harbour: One of the better areas at the moment. Reports from fly fishers say that Mackerel, Garfish and a few Bass have been caught.