Fishing Tails > All Articles > Reports > Chesil Beach > Catch report & fishing forecast for Dorset including Chesil Beach, Portland & Weymouth
The future of Fishing Tails – exciting times ahead How to rig and hook a Sandeel 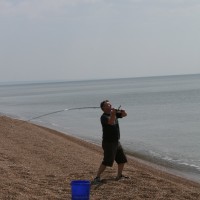 I was going to start today with a tutorial on how to rig Sandeels, but unfortunately the video I made is having a few problems being processed on Youtube. I should have it up later this morning all being well.

I had a lovely day yesterday fishing down at West Bexington with a couple of great anglers. Fellow guide Paul, and his friend Chris Ponsford, a very well known match fisherman and  Barbel guide. The fish were not exactly thick on the ground, but we had a fair few including this double shot of Plaice and Dab for Chris. 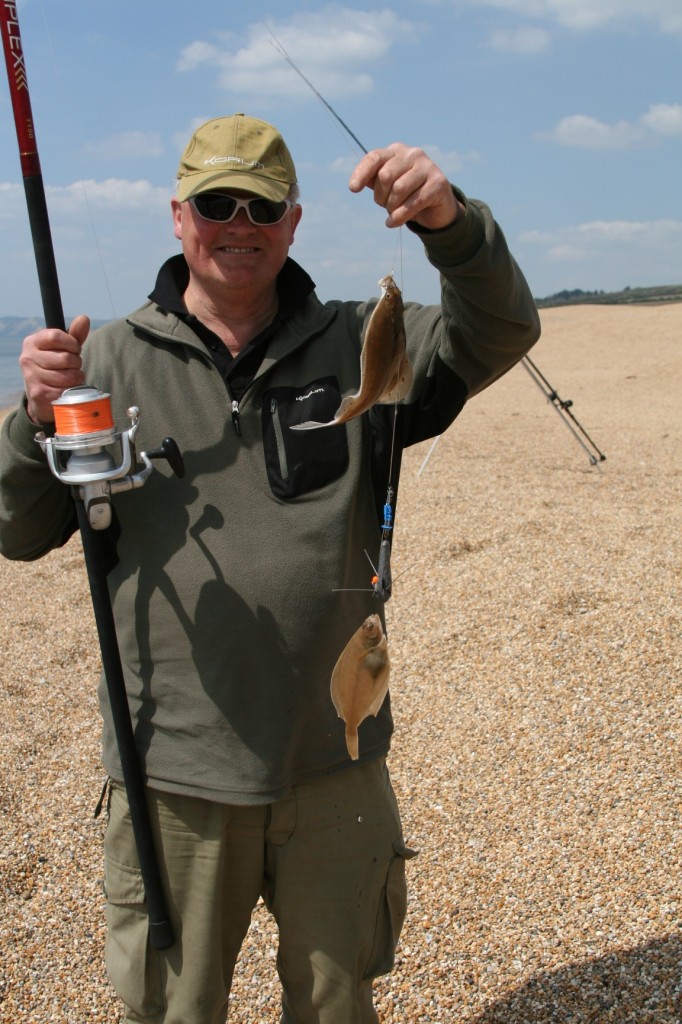 All of Chris’s fish fell to small Ragworm, whilst I had better success with smelly old frozen Black Lugworm.

Whilst we were there I met Craig from Lyme Regis who was fishing  next to me and was catching Herring. He had followed my tip from Wednesday and used Sabiki lures and a light set up to catch quite a few Herring. He also gave me  pack of Sabiki’s to try and land some myself; Thanks Craig.

There were fewer mackerel down that end of the beach yesterday, but plenty were caught down the Ferrybridge and Portland end of Chesil.

Chesil Beach forecast: Mackerel and Herring are going to be on the whole length of the beach. Smaller tides are not quite so good for the Plaice, but you should still see some landed. The periods after slack water will be when most of the fish will be caught. Most of the fish I seen caught yesterday were at range, even the Dabs. Tom from Abbotsbury Tackle told me that he had seen several pictures of Black Bream that had been caught at Abbotsbury. This is very early especially for Abbotsbury. Let’s hope that is a sign of things to come for the summer. Talking of summer fish,the Smoothounds are getting bigger with regular catches of 3lb fish being reported.It will be nice when the bigger ones start to show. As I am sure you know, live Peeler Crab and Hermits work best for the big Smoothounds.

Portland: Clear water and sunshine to warm the rocks, will make Portland an attractive choice. Wrasse and Pollock should be around in ever increasing numbers from now on. My prefered method is of course lures, but float fishing with Ragworm will be just as effective. I am heading down the Bill now to catch low water and hopefully a nice big Ballan Wrasse.

Weymouth Bay: The Stone Pier is producing some Pollock, Wrasse, Rockling, Pout and mini species. It will be possible to pick up Mackerel on float tactics any time now. Weymouth harbour is starting to have more Thick Lipped Mullet every day. The Thin Lipped Mullet will start to shoal up in there again.