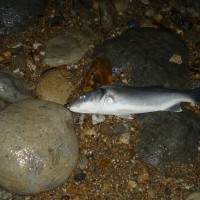 I know the burning question on many of your lips is can I fish Chesil? The very simple answer is NO! The wind has dropped a little this morning but the sea is very rough with waves exceeding 4m. The shingle bank is a single steep bank instead of the series of ledges you are used to. This steep bank continues to fall away making it even more dangerous.

I was so bored yesterday having been desperate to fish that I walked around a number of my regular marks looking for some inspiration as to where would give me the best chance of a fish. Hopefully I may have identified a few spots that produced yesterday and will hopefully do the same again today. It seems that the Bass have decided to make a bit of an appearance with fish being caught from Preston, Ringstead and Church Ope Cove.

I received an email from Lee Morgan, who lives in Stevenage, but is a regular visitor to Weymouth. He sent in a report of a good session he had early yesterday morning at Ossmington. Casting only 20-30yds out and using light gear on a simple running ledger he managed 3 Bass on frozen Lugworm. Good on you Lee for braving the elements and catching some fish. 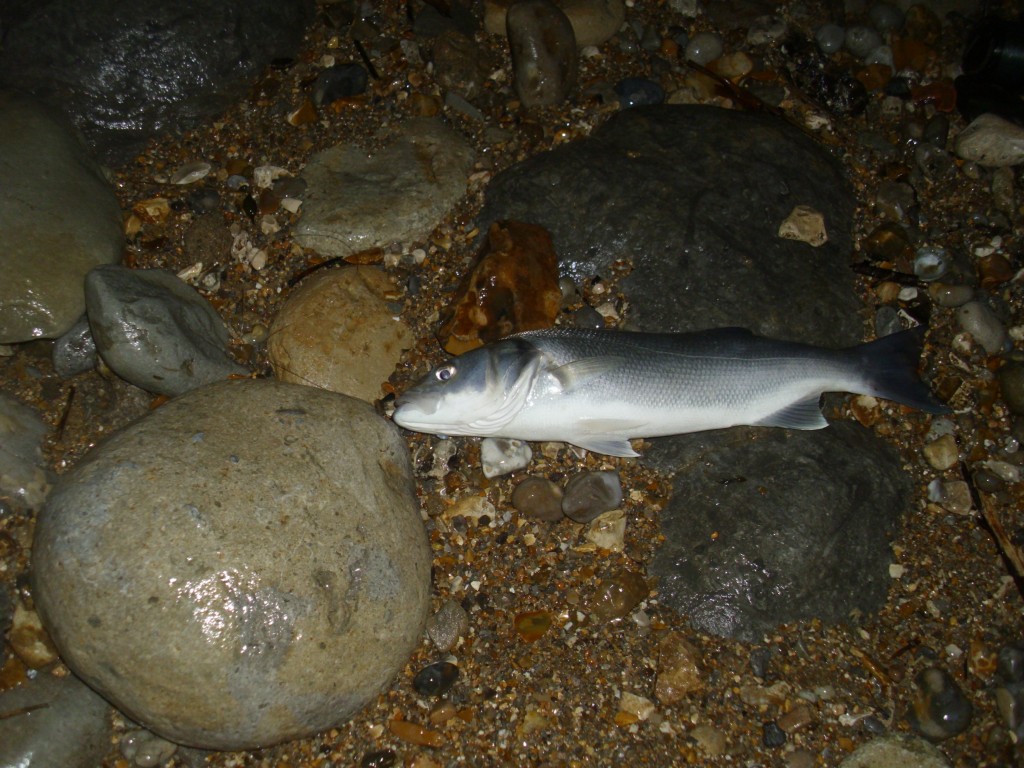 Weymouth Bay: Calm but heavily coloured and lots of freshwater coming out of the harbour.

Portland Harbour: Flounders are showing up in decent numbers in the Harbour as it does not have as much fresh water in it as most other marks. I did not get a chance to fish the harbour yesterday, but with the reports of Bass around I would give Sandsfoot and the area along the Rodwell Trail a go. Water clarity will allow lure fishing over the reefs.

Weymouth Bay: Preston has produced some fish recently and it should provide a good sheltered fishing mark again today. Preston was one of the areas that I visited yesterday on my wanderings. I talked to a couple of anglers who showed me a couple of Bass they had caught. One was just under 4lb. They also claimed that they had a small Codling, but had returned it. As I didn’t see the fish myself I cant confirm that, but I know that Preston has produced all sorts in the past. It is one of the most under rated beaches in the area.

Weymouth harbour should be fairly busy with the Weymouth Angling Society’s Bangers and Beans competition from 2-7pm this afternoon. If you want to get out and have a friendly fish it is a great competition for all ages and abilities. You don’t have to be a member of one of the best fishing clubs in the country. For more details have a look at their website www.weymouthanglingsociety.com

The Purbecks: With the wind being a little more Westerly it will give you an opportunity to fish Osmington Mills, Ringstead Bay and Windspit. Reports of Bass from two of these venues has me urgently packing my bait gear and heading off there today. A serious word of warning though. The Environment Agency have issued landslide warnings for all along the coast. The water has saturated the clay cliffs making them very susceptible to falls and slippages. Do not walk under cliffs or near cliff edges. We have already lost 3 people to landslides in Dorset this year.