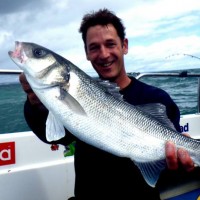 At last a big change in the weather. It is certainly not something a lot of people will welcome, but for some anglers fishing Chesil Beach, it has been what they have spent weeks waiting for. The rough conditions will bring the Bass in close, where they will gorge themselves on the bounty of food stirred up in the surf. No need for expensive Peeler Crab baits, as large Squid and Mackerel baits will do just as well. When it is rough like this fresh Lug Worm can be deadly. The best method to fish in rough conditions is to use a single rod, cast it close in and hold it most of the time. This helps prevent the line being buried under the shingle by the surf. It will also allow you to quickly strike then hold onto a fish. Take great care not to get too close to the water, as it is normal for an extra large wave to hit the shore regularly. I would not be surprised to see a few Codling being caught during this rough weather. I know they are not due yet, but there are always a few lurking in the deeper water around Portland, that will be enticed closer to shore for a feast. 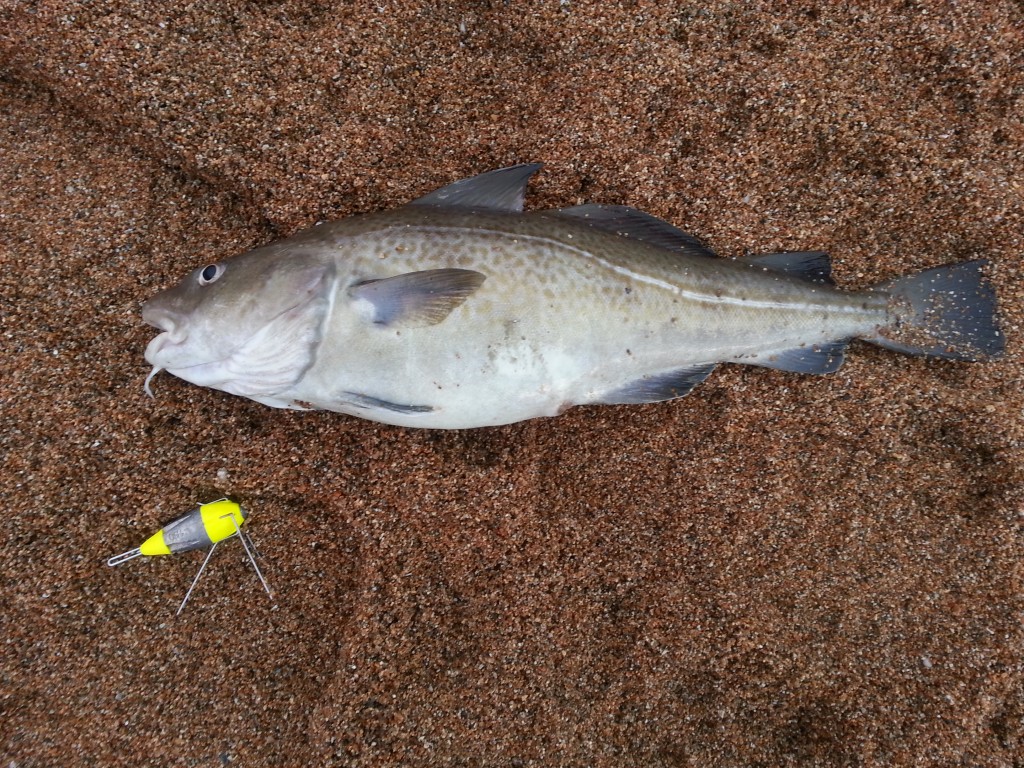 I have had a number of calls and emails, asking me if the post I put up on Friday, regarding the removal of the boats at Moonfleet was a wind up. As far as I know it is not, and the person that sent me the information, would have no reason to give me information that he did not feel was correct. I have been told that a few ignorant individuals on an elitist forum, have been telling other members that everything I say is rubbish. They are welcome to their opinion, but I think it is pretty petty of them to risk someone else’s boat just to disagree with everything I say. I also think it is hilarious that they come on this site regularly to see what is happening, yet they are more than happy to try and discredit me at every opportunity. It is very simple, if you don’t like what I write and think it is a load of rubbish, don’t read it.

Chesil Beach: Rough with waves in excess of 3m at times. The water is coloured

Chesil Beach forecast: With rough conditions forecast for the next few days, the beach will be challenging. The main target for the next few days will be Bass.  Cod are also a possibility. Bream and Gurnard will still be around, but getting baits out to them will be almost impossible. Expect Dogfish and Pout once the water is heavily coloured.

Portland: Fishing around the rocks is going to be dangerous from any of the lower rock ledges. However the rough conditions suite Bass and Bull Huss. Large baits will be your best choice.

Portland Harbour: The harbour is going to be a good bet if you don’t want to sit it out in the rough.