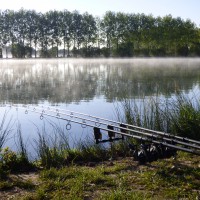 Last month I had the pleasure of joining several of my friends including my Dad on a carp fishing trip to Calvados in lower Normandy, France. We went to a lake called La Carrier which is renowned for its quantity as well as quality of Carp. 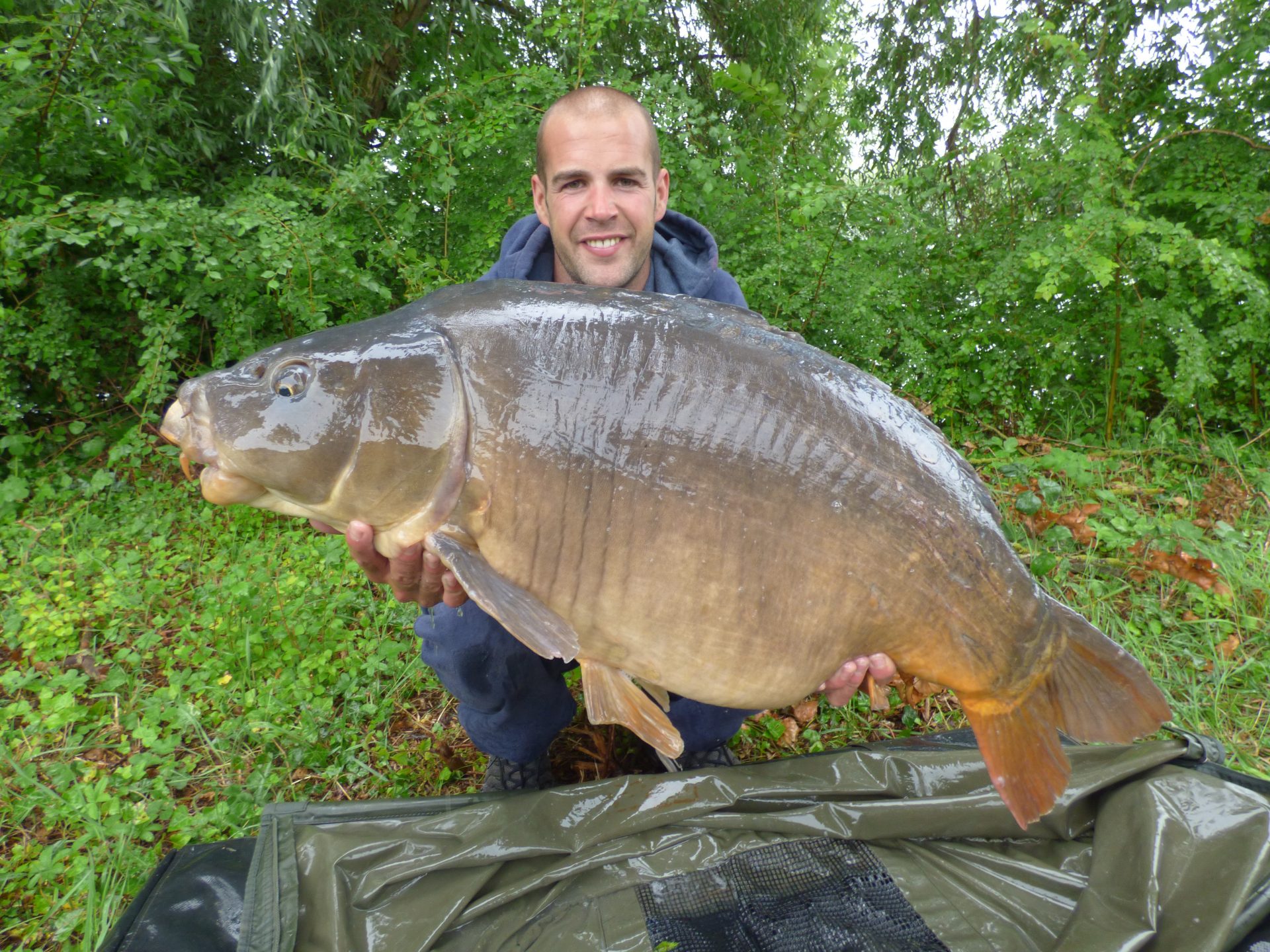 One of many 30+lb carp taken over the week!

The weather forecast for the week was fairly good, there was lots of sunshine and only one day of rain. Most of the fish I caught seemed to feed better during the evening, mainly because of the high pressure during the day, this can sometimes cause the fish to come up and graze on the surface as opposed to feeding on the bottom. This particular week, the fish were spawning on and off so feeding times varied considerably.

We started the week on peg 18, we used marker rods, which consists of a fixed spool reel loaded with braid and a shock leader, to find the contours, ie gravel bars, plateaus, gully’s, hard spots etc, where the fish are more than likely to be looking for sources of food to eat. We discovered that there was a gravel bar running down the middle of the lake, which we later produced 4 carp, ranging from 25lb-30lb. 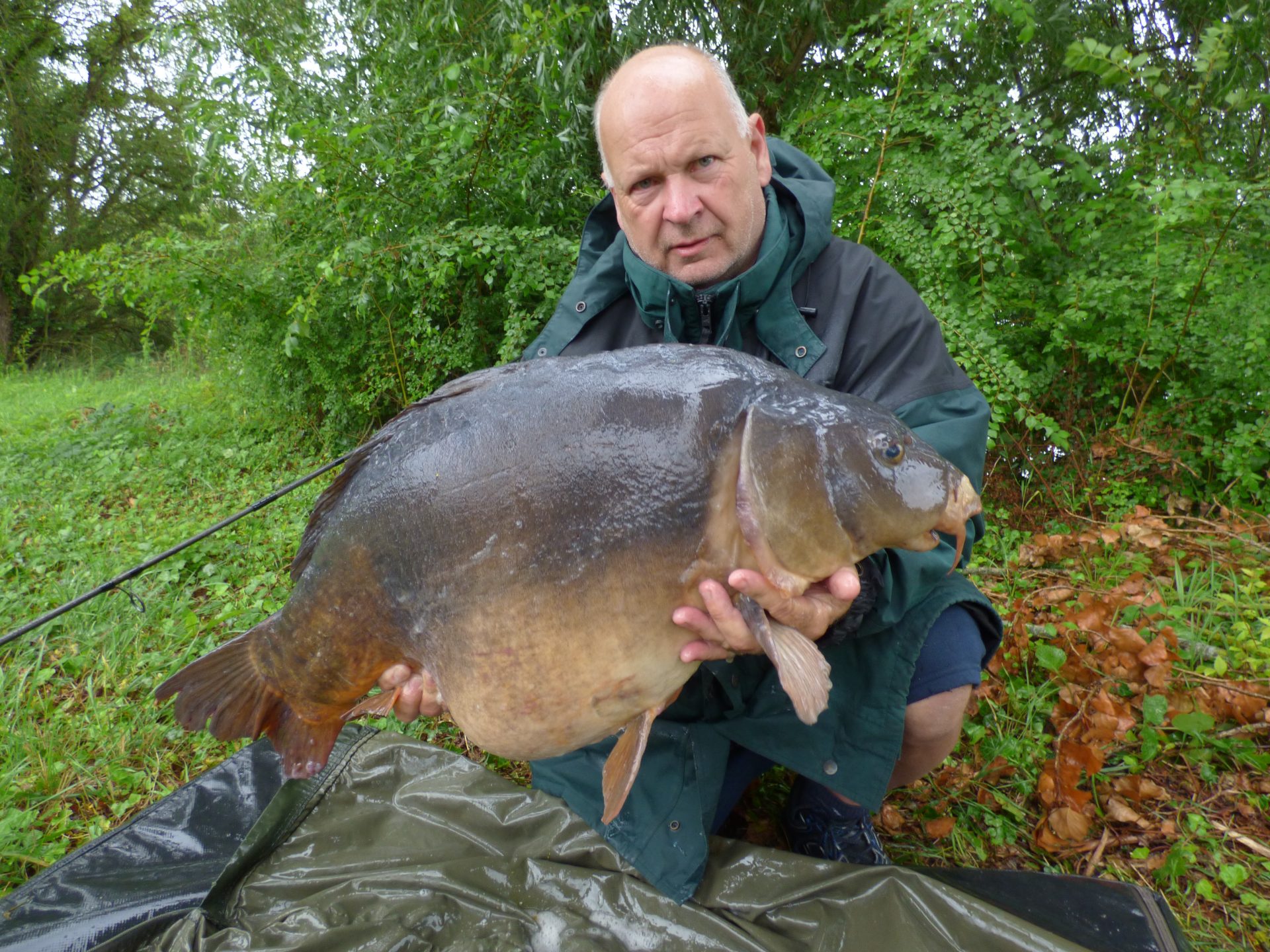 A few days later, after little success my dad and I decided to try our hand at another swim, we moved swim 13 which was on a different lake on the same complex. As we moved into the swim it began to pour with rain, therefore we decided to erect our bivvies first. I managed to find a nice gravel patch down to my left, I knew it would be a good fish holding area so I decided to put a kilo and a half of A2 Baits creamy toffee, 18 and 16mm boilies on top of the gravel bank, I then decided to put a 70/30 slow sinking pink tipped hook bait over the top. I hadn’t had my rod out there long before I had my first fish, resulting in a 23lb common. 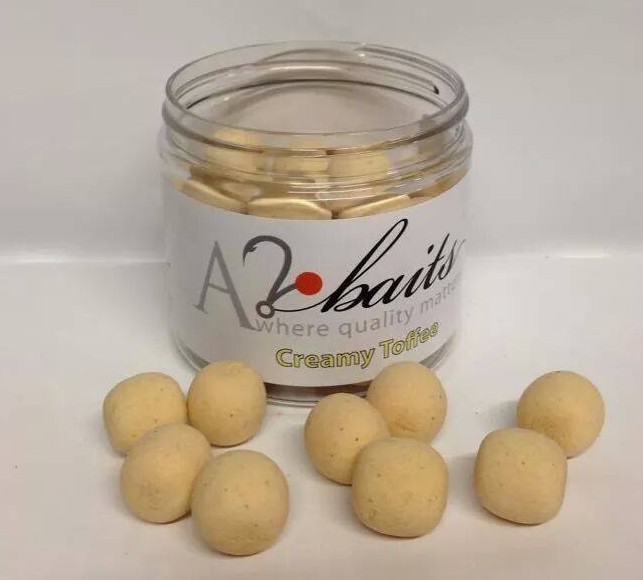 My good friend Craig who is the owner of A2 Baits is constantly working on new products and I myself know, as a carp angler, we are always on the lookout for the next big trend, the bait that no one else has used before. It’s almost like an addiction where we all compete to be the first to catch a fish on a new bait that has just been launched.

As the week went on I changed my methods regularly, ie hook sizes, hook lengths, the size of the baits, bait types such as pop ups as well as different areas of the lake, which were well reachable from my swim. I did this mainly because the conditions were also changing all of the time. 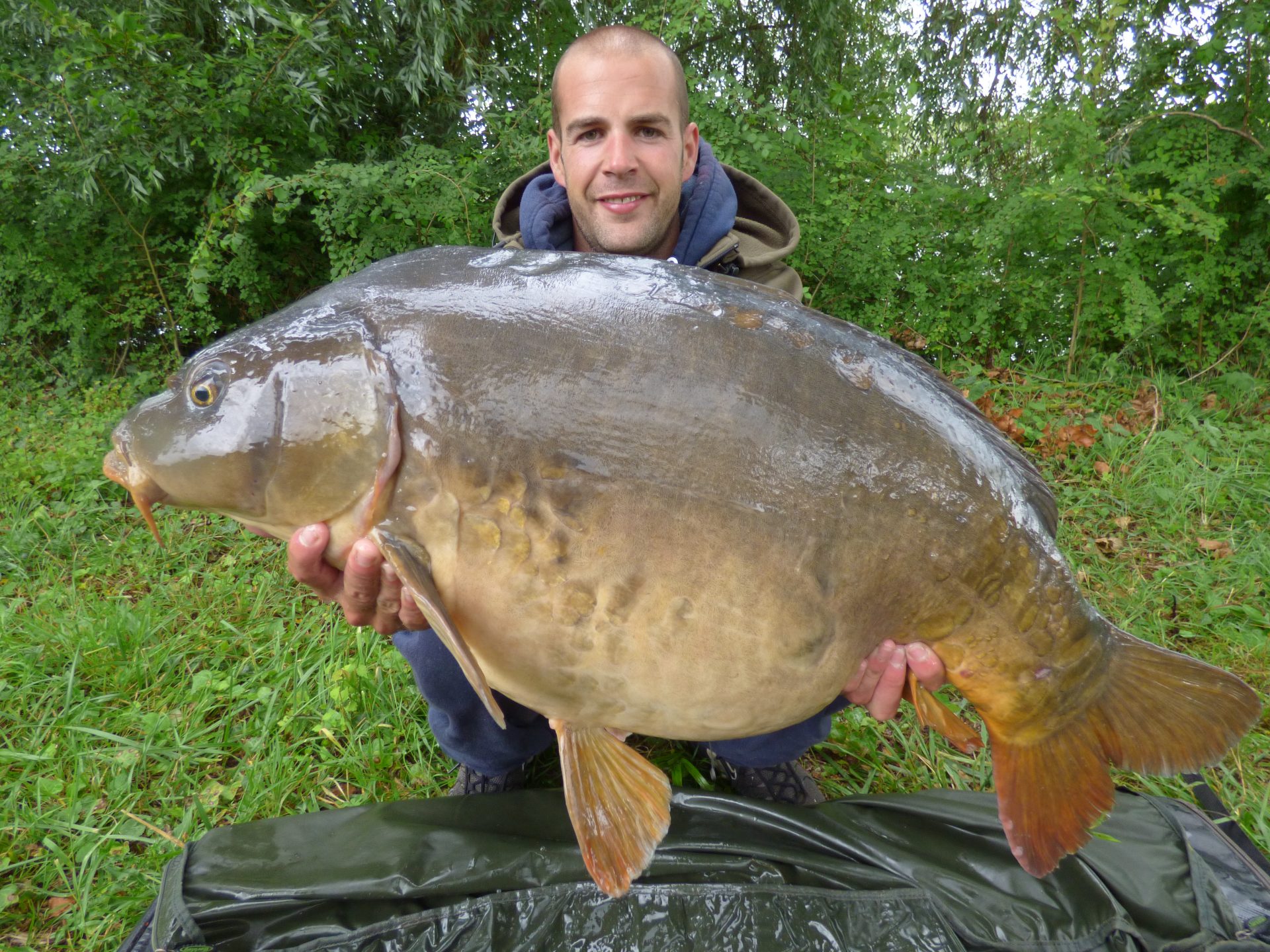 One of the methods which I find is one of my all time most successful tricks if you like, is what I call ‘resting the swim’ by this I mean after a morning of constant fishing, usually around 10am I reel all of my rods in and top my spots up with fresh baits. I then leave the fish to come in and feed confidently on my baited areas. This enables them to feed freely without the worry of being caught and without any line pressure in the water. I find that the fish will come in that little bit closer and when I return to my fishing, usually about 6 hours later, the fish are more likely to approach my baits and take them with confidence. This is quite a simple method but one which has proven to be extremely effective for me. 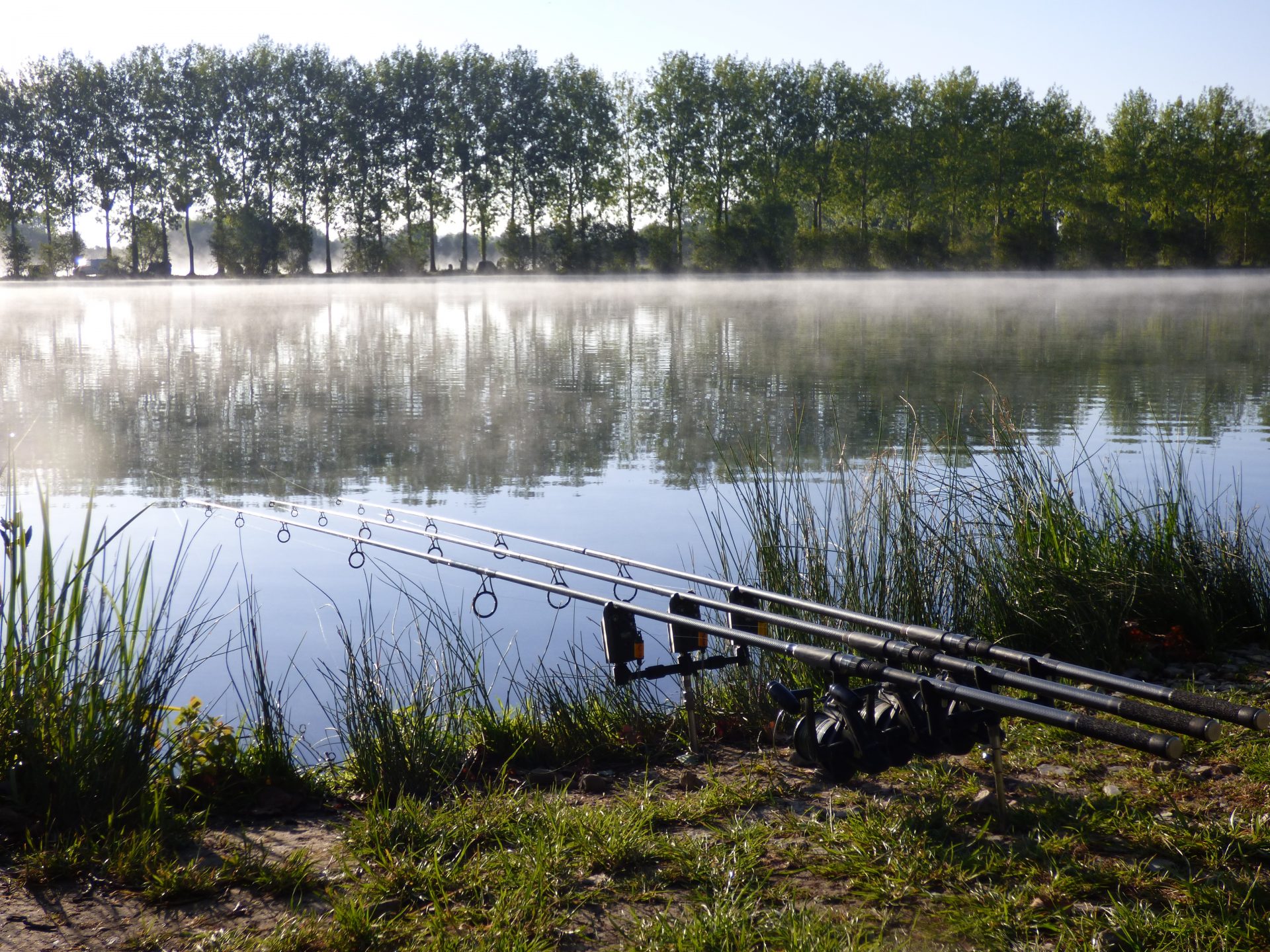 Throughout the remaining parts of the week I managed catch three 40lb plus fish, I had 28 other fish including eight 30lb’s and the rest being 20lb+ fish. My dad ended up catching 26 fish consisting of six 30lb+ and the rest ranging from 15lb to upper 20lb. My advice to other anglers going to fish French or other foreign waters in order to get the best out of your fishing, is to look up on depths and other features about the venues before you go there, or by contacting other anglers who may have fished there previously to help you get an idea of the marks and possible features the venue has to offer, so that you are not going to a lake blind. There was 14 of us in our party of anglers and we all had a fantastic time, I would recommend going to La Carrier if a week of constant adrenaline filled fishing is what you’re looking for! 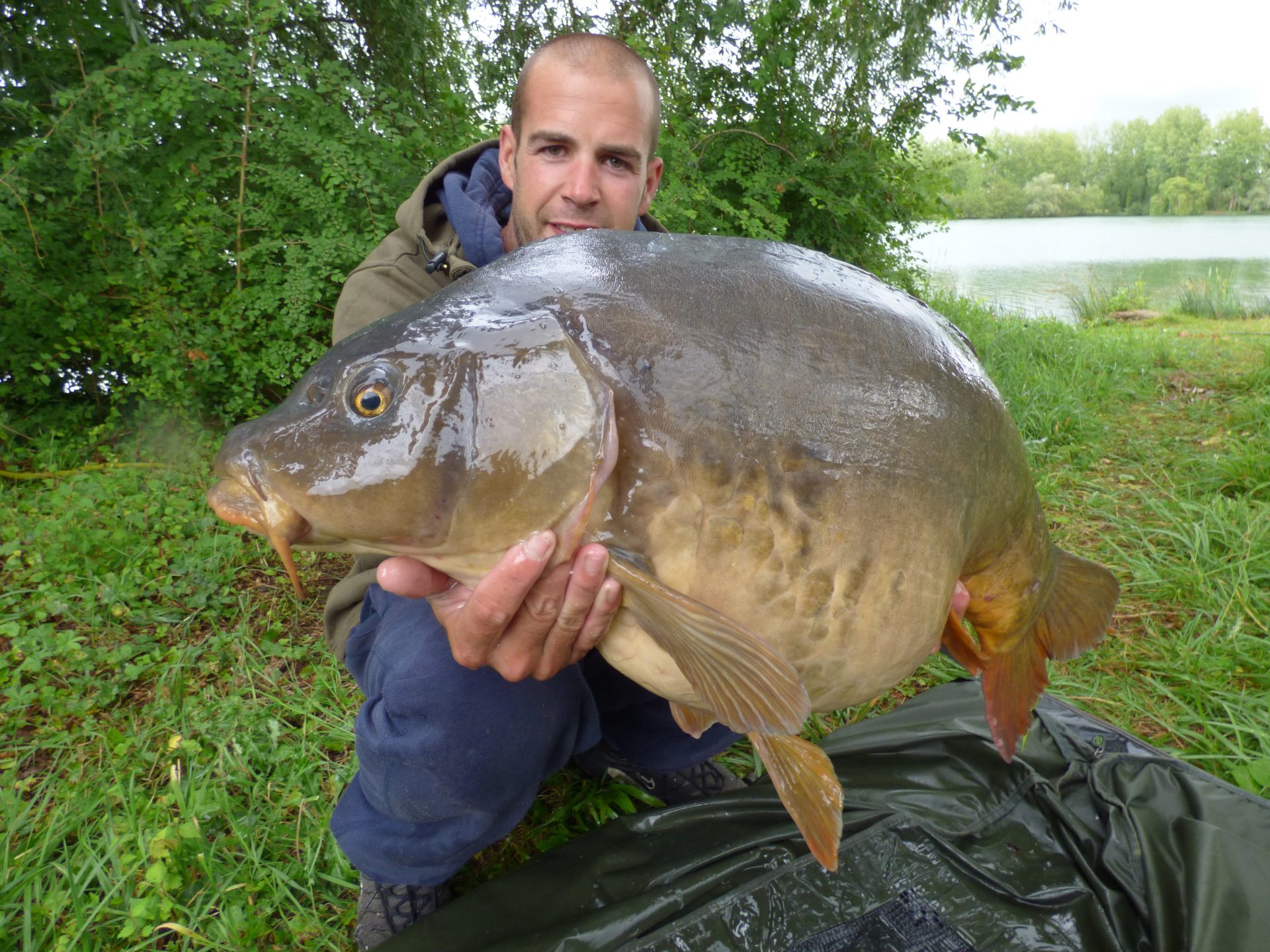 Many years of experience fishing on various lakes all around the UK is how I have learnt my tactics, however with carp fishing you are still learning new techniques all of the time, which is why I find it so enjoyable. 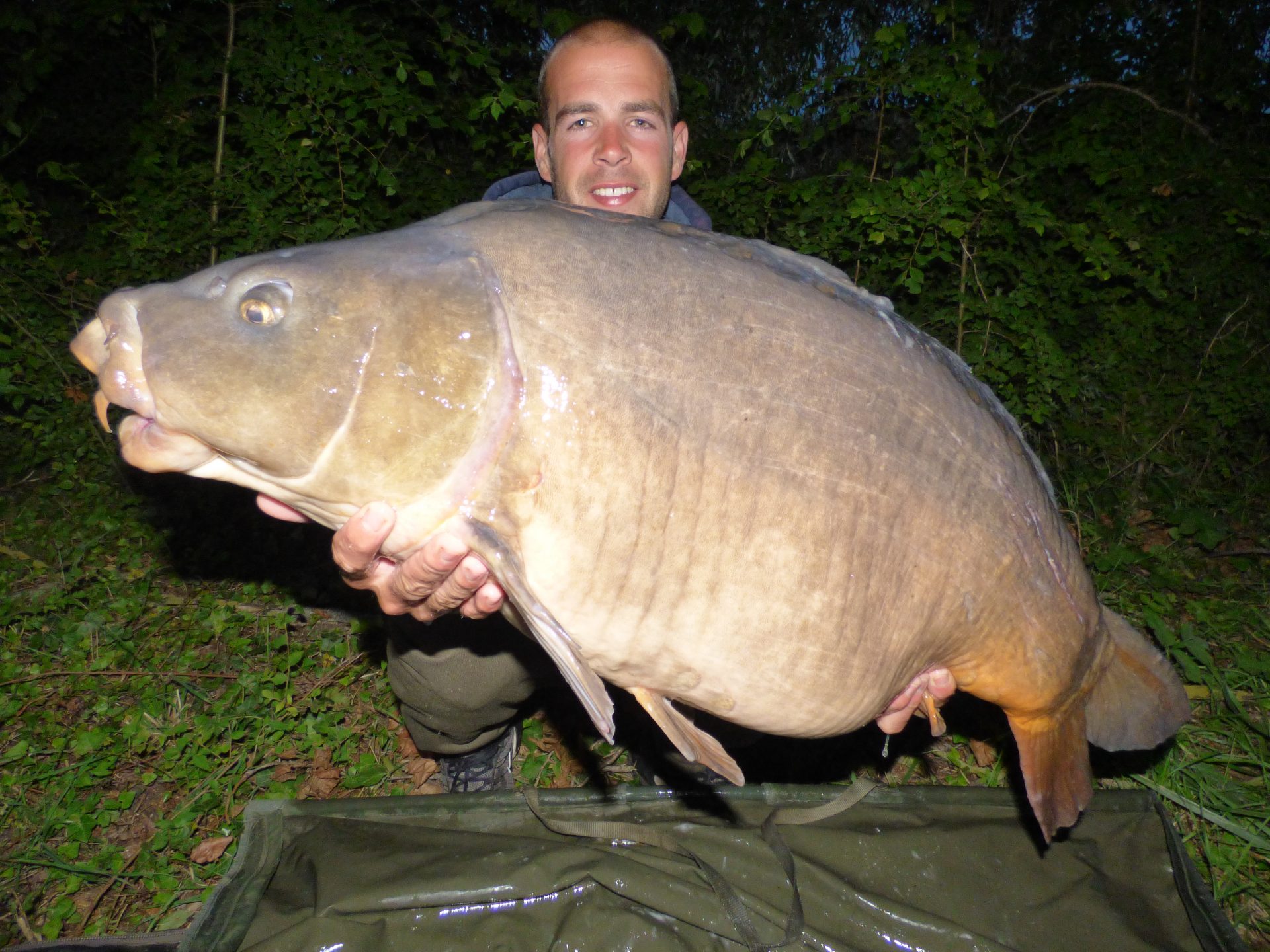 As an experienced angler in all types of fishing, one of my greatest rewards is not only landing a special fish, but when I am able to pass on my knowledge onto other keen anglers, who just need that little bit of direction. It drives me to constantly be on the lookout for new tips, new ideas and new methods which I can pass on to others. It’s what makes fishing more than just a hobby for me.

SUBSCRIBE
Summer Fishing around Poole at its best Stone Bass