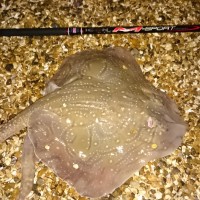 As a matter of habit I’m always looking at the weather patterns and tides to try and pinpoint the best places and times to fish and collect bait.

It was on Sunday that I spoke to my mate Martin saying that if the unsettled weather continued Chesil would be on fire this weekend for bass and cod. Unfortunately the weather broke around Wednesday and the good cod and bass caught up to that point dropped off a good deal. So with Chesil ruled out and poor neap tides stopping me from digging fresh lugworms, the question was where to go?

I decided on Milford shingle bank because it’s easier to fish on neap tides as it has a strong lateral tide run, also I had heard it has produced some good rays during the week. With a freezer full of squid, cuttlefish and mackerel caught from Bournemouth pier  we would be using big baits targeting rays and possibly a bonus codling!

I set off with Martin at 6pm with two hours later we had only made it as far as Christchurch. The traffic was horrendous and we still had to get to Milford and a long walk along the bank to get to our chosen mark. Driving past Barton on Sea Martin commented it was a place we had never fished before and was known to produce good rays and bass. I don’t like arriving at a new venue in darkness, I like to scope the place out, look out for suitable safe places to fish and possibly even check out the seabed at low tide. But with the time being after 8pm I decided to cut our losses and give this new venue a go.

What a decision that turned out to be!

We both set up two rods one with big ray cocktails and one with small hooks for anything else. I chose to fish as far as I could whilst Martin fished a lot closer in. Almost immediately Martin landed a small small eyed ray and then another followed by pout and yet more small eyed ray. By 9pm after Martin landed his third or fourth fish I was questioning whether fishing at a distance was the right tactic as I hadn’t had a sniff by this point! 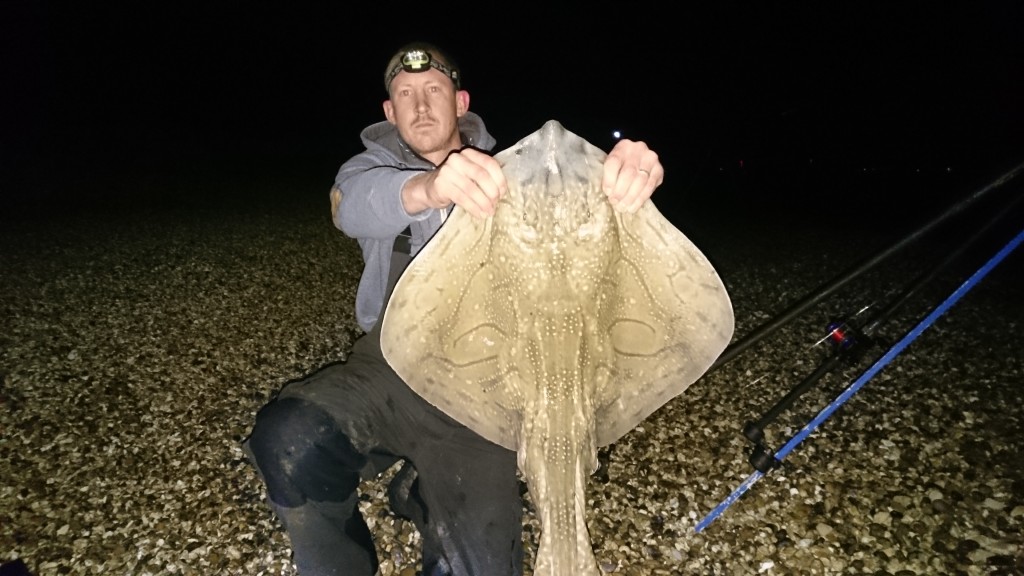 A shout and commotion up the beach where some guys were fishing answered my doubts with Paul Simmonds landing a beautifully marked undulate ray that tipped the scales at 11lb 2oz. After a quick chat I found that he had already had a 5lb small eye at distance on squid and fish cocktails.

That was all the incentive I needed as I reeled in both rods and changed over to ray rigs, up and over Pennel rigs cast as far as I could baited with cuttle and mackerel. Minutes later I noticed very slight tapping on one of my rods followed by the rod tip slamming down. A classic cod bite!!! Reeling in I played the the fish to the shoreline and was very happy to see my biggest codling for this or any venue break the surface. At 4lb 6oz easily my personal best. 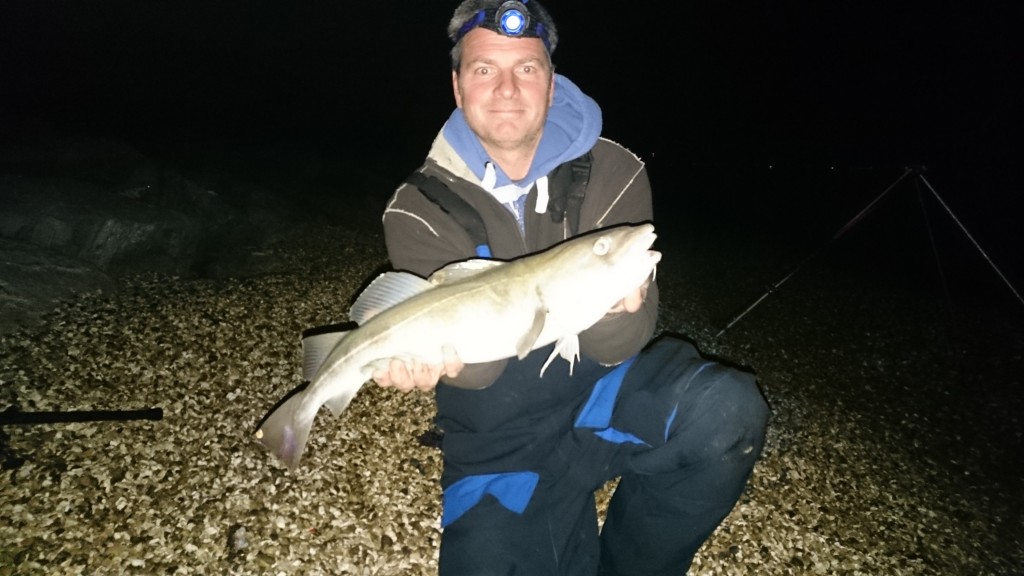 Quickly re-baiting we waited in anticipation and we waited and waited and waited. 10pm came and went 11pm passed. Then around 11-15pm Martins rod pulled over and stayed bent over! Line poured from reel and it was all he could do to just to hold on and let whatever it was empty his spool. Martin hung on as the run stopped and then as he tried to turn the fish the line went dead! What ever it was dropped the bait gutted is not the word!

On inspection the hooks had turned into the bait, which meant the the fish had not been hooked properly. Lesson learned, make sure those hook points are well exposed! As we both stared in disbelief at Martins bait I noticed my rod starting to bending over. I rushed over and grabbed it as a good fish headed for France. I loosened the clutch and prayed the hooks had found their mark this time. After several heart stopping moments I landed an undulate ray almost a carbon copy of Paul’s ray earlier. At 10lb dead I was very happy with another personal best. 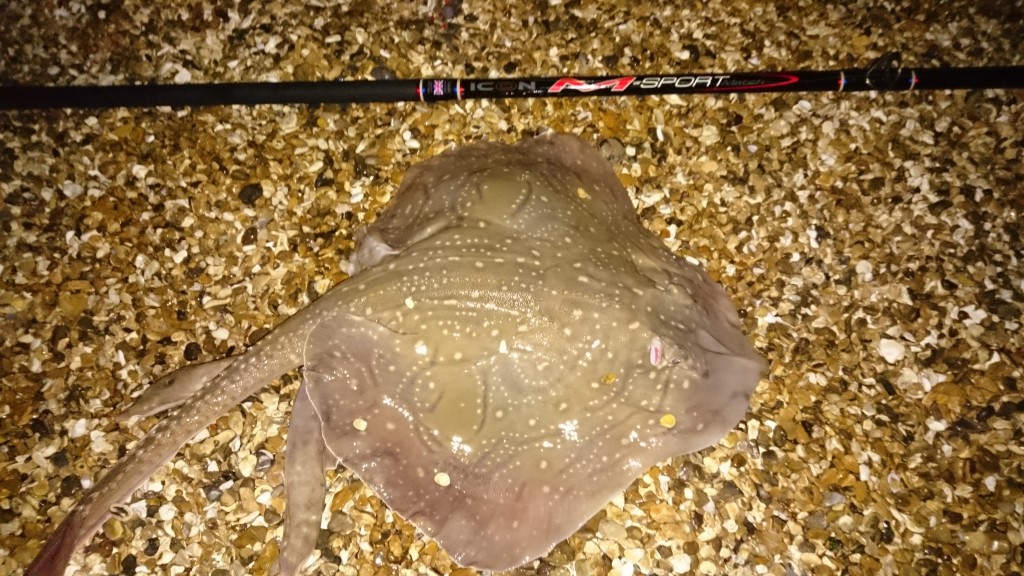 What a result from a venue that we had never fished before!

We continued until well after midnight, but we never had any more bites. Not that I’m complaining, I was gutted for Martin but I think I will be fishing this venue again in the very near future.

Barton on Sea can be found by heading for Milford on Sea it is the beach before Milford and is very well signposted. I suspect this venue may be subject to the severe tide runs that are found at Milford shingle bank and probably better fished over the neap tides range.

Poole Harbour has started seeing the first flounder and hopefully the start of another good season for them. Now is the time to hit the harbour in the boats if you want a good plaice. They will be in prime condition so the chances are if you catch one it will be big!! Much the same can be said for sandbanks.

The autumn winter harbour fishing provides a perfect platform for anybody wishing to start sea fishing or improve on their skills  With this in mind I will be running one to one workshops as well as guiding throughout the evenings and weekends.

One Response to "Best laid plans"