Fishing Tails > All Articles > Reports > Bass get some protection – at last!
Pollock a plenty! Just when I thought it was over. 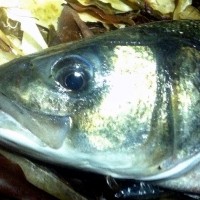 Bass get some protection – at last!

After many years of campaigning by the likes of B.A.S.S and the Angling Trust the EC have finally recognised the folly of allowing commercial trawling during the spawning season! In an unprecedented move they have banned palegic trawling with immediate effect in the North, Irish and Celtic Seas as well as the Channel Islands.

“The European Commission has announced measures to avert the collapse of the declining sea bass stock. Immediately effective emergency measures will place a ban on targeting the fish stock by trawling while it is reproducing, during the spawning season, which runs until the end of April. This will be complemented by further measures to ensure that all those who fish sea bass make a balanced and fair contribution to saving the stock”

This is the first step in a series of proposed measures to avert a total collapse of the Bass population in European waters with the noticeable exception of the Mediterranean Sea!

Here is how the E.C. propose to go forward from here –

“For recreational fishing which accounts for 25% of sea bass catches, this would include a limit of three fish per day per angler. Member States would also need to set a minimum size of 42 cm so that fish are not caught, or are released, before they have reproduced.”

“For other commercial fisheries than pelagic trawling, this would also include limiting catches.   The Commission is working with the Member States involved to prepare a proposal to the Council of Ministers as soon as possible.”

So sports fisherman will be restricted to 3 a day and a minimum keep size of 42cm which I really can’t see any problem with, we should play our part as well as everyone else. What seems undecided is exactly how other commercial bass fishermen will be affected so I’m not going to comment for now especially  as I know Sean has some views on the matter!

Suffice to say its good news for our dwindling Bass stocks and congratulations all round for those who have worked tirelessly to bring this issue to the fore!

SUBSCRIBE
Pollock a plenty! Just when I thought it was over.

2 Responses to "Bass get some protection – at last!"