Fishing Tails > All Articles > Reports > Chesil Beach > At least there are still Wrasse around.
Scratching around for fish Fishing may be on the up. 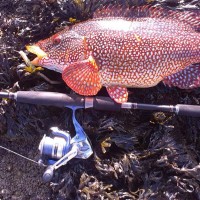 At least there are still Wrasse around.

Despite a bit of a blow on Friday, the Codling didn’t show this weekend, as I hoped they might have done. That really is it from Chesil for a few weeks until the Plaice start to show. Just because there are very few fish on Chesil, it doesn’t mean that everywhere is as bad.

The water is exceptionally clear at the moment, especially around Portland. I had a walk around the Island yesterday, looking for some new marks to try out this week. I think I may have found an ideal mark, that I have not fished before. 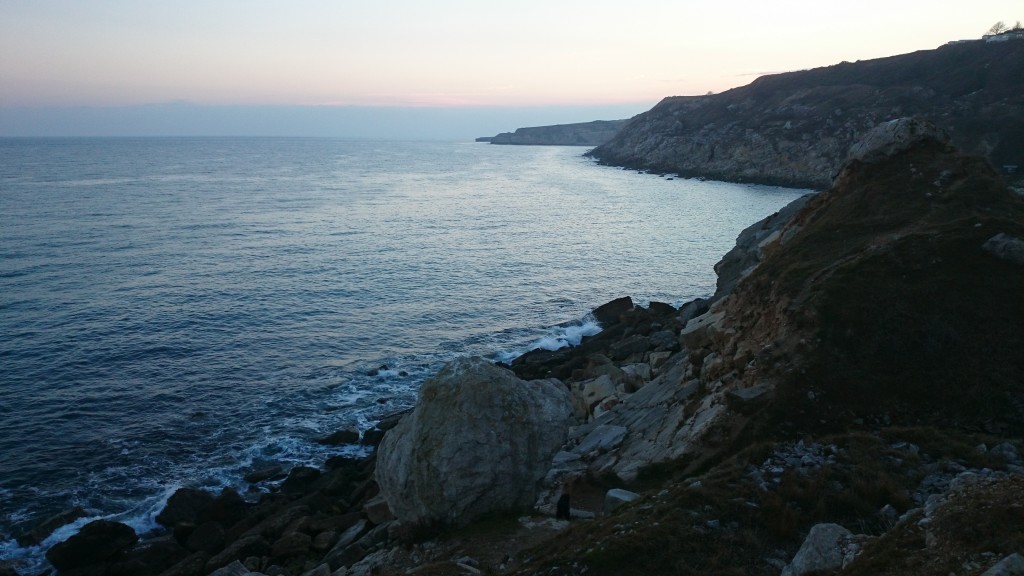 Clear water is ideal for Wrasse who are primarily site feeders. They are far more likely to take a lure when the conditions are clear. I often think that Wrasse take lures because they are so territorial. If they can see a lure coming from a long way away, and it is heading into their territory, they will hit it. Many anglers think of Wrasse as a summer fish, but you can get them all along the SW coast even in February which is the coldest month. My mate Steve landed this stunning 4lb 5oz. Wrasse from a mark in Cornwall on a home made soft plastic lure. 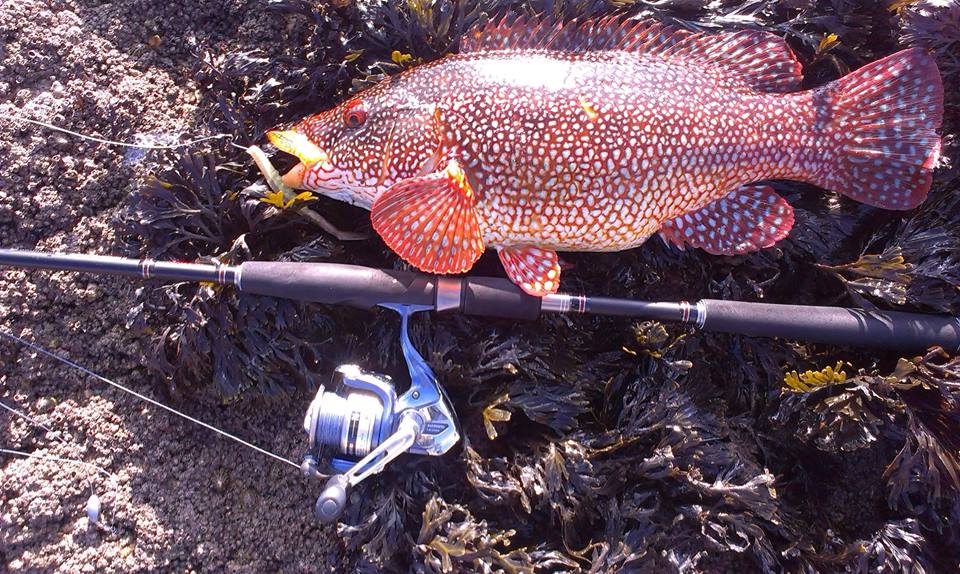 I messed around a couple of years ago with making soft plastic lures. I had a reasonable amount of success on them, catching Bass, Pollock and Wrasse. One of my main reasons for creating my own, was to experiment with different colours. I believe that because Wrasse will aggressively protect there territory, especially from other Wrasse, they are more likely to take a lure that is similar in colour to the colours of other Wrasse. Looking at a photo from another  recent catch from Steve, you can clearly see that he has used a bright Orange soft plastic Lure. I don’t know of any bright orange bait fish in UK waters. 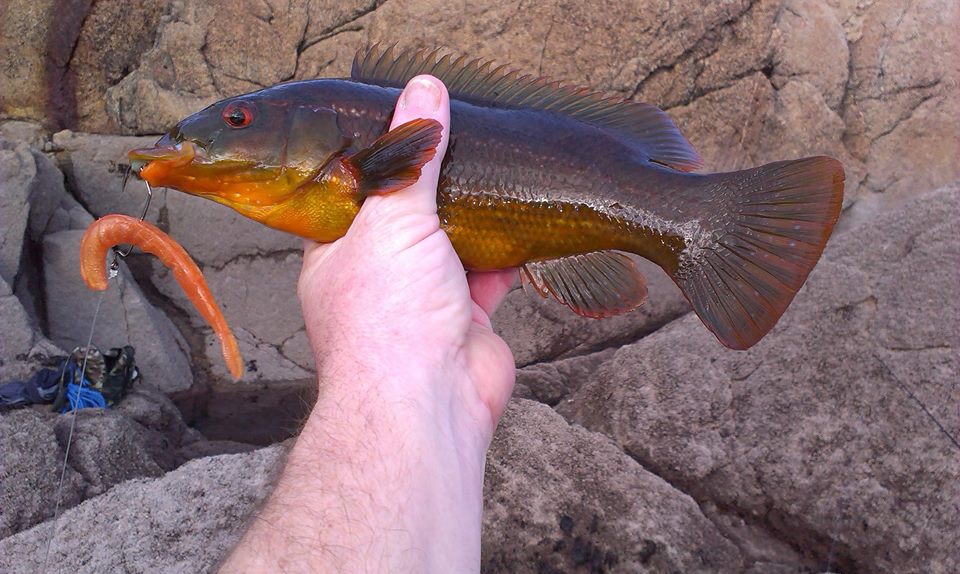 However you may have noticed how similar it is in colour to the lower chin colour of the Wrasse that took it. Could it be that the fish attacked the lure purely out of aggression? I think so.

Chesil Beach forecast: It really is scratching time off Chesil, which I why I am not going to bother fishing it this week. Expect a few Rockling and Dabs during the day. After dark you will get the usual, Pout, Poor Cod and Dogfish.

Portland: Clear water will provide the chance to hook a nice winter Wrasse. The fish are stunningly marked at this time of year, and fight well if caught on light tackle. Expect Pollock on lures, especially if you fish around dawn and dusk.

Portland Harbour: A few Flounder may still be hanging around the harbour, but I wont be wasting any time fishing it for a few more weeks.

Weymouth Bay: A few anglers fished Preston over the weekend and had a few decent sized Whiting. The Stone Pier is still producing plenty of smaller fish, with a few better sized Pollock. The Weymouth Angling Society junior’s usually fish the pier every Monday night, and they normally do well.

SUBSCRIBE
Scratching around for fish Fishing may be on the up.

One Response to "At least there are still Wrasse around."