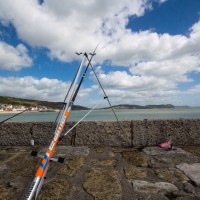 The fishing conditions are starting to look a lot better than they have been for some time. As predicted on Friday, fishing on Chesil was almost impossible over the weekend. However a number of marks fished pretty well, with Preston Beach being one of the better ones. Plenty of small Bass and Flounder were taken on Ragworm, with a few small Rays also landed.

Several Rays were also caught at Seaton, giving us all hope that they have returned in reasonable numbers. With the tides building in strength we will hopefully see a few more caught this week.

One of the things I love about sea fishing is you never know what you are going to catch next, as Paul Evis found out on Weymouth Pier, when he landed a Pipefish on a section of Sandeel. It is certainly an unusual catch and a worthy entry for this months fish of the month. 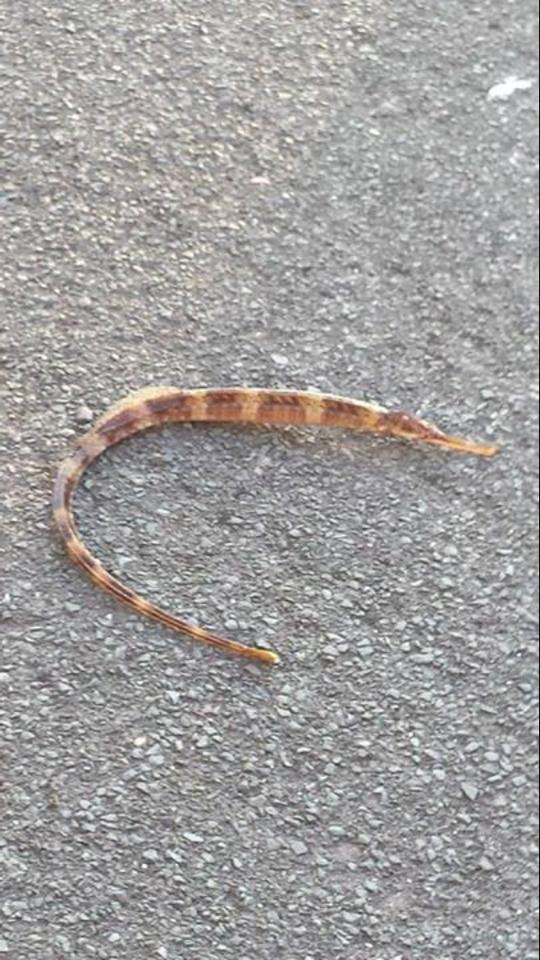 Talking of fish of the month, I would love to see a few more entries for this months competition. It is sponsored by Field & Trek  They are providing a fly rod and reels as the prize. This set up can be used on rivers and lakes, but it can also be used to target Bass, Pollock, Mackerel and Garfish from the shore. Send your entries to competition@fishingtails.co.uk

Chesil Beach forecast: After a bit of a battering for a few days over the weekend, Chesil is settling down quickly. The water is clearing by the hour and with a spring tide in a few days the fishing should be good. I would expect to see some Bream and the first of the Gurnard starting to show. As the water clear we will hopefully see some Mackerel if the May water is not too bad.

Big tides at this time of year mean the start of the good Smoothound fishing.  Smoothound are one of my favourite fish to catch from the shore. They are certainly the most powerful, with a 6lb fish being able to pull your rod out of its rest and into the water.

Portland: The water has cleared enough for Wrasse fishing on bait. It will take a few more days for the water to be clear enough to target them and Pollock on lures. The high water will coincide with dusk towards the end of the week, this is by far the best time to target Pollock on lures. Portland Bill, Church Ope Cove and Chesil Cove are all good marks.

May is regard as one of the best months to catch a large Conger from the shore on Portland. Fish up to almost 60lb have been landed in the past. marks such as Blacknor and Chine normally produce the biggest fish.  It goes without saying that heavy tackle is needed to wrestle these beasts from out of their rocky lairs. Large mackerel baits and rotten bottoms are a must.

Portland Harbour: I know that there are a few Bass and Garfish around in the harbour now, and lures are by far the best way to target them. At this time of year I prefer to use large surface lures such as the Seaspin Pro-Q 120. If the fish are not taking on the surface then try a soft plastic like the ever popular Fiiish Black Minnow

Flounders are around in decent numbers all along the harbour. it wont be long before Black and Gilthead Bream move to the shallower areas of the harbour.

Weymouth Bay: I have had reports of a sighting of a large shoal of Mullet in Weymouth Harbour. I did go for a look on Sunday, but with dirty water and wind rippling the surface, I was not able to find them. Both piers are producing Wrasse, Pollock, Pout and some Mackerel.

Plenty of small Bass coming from Preston along with Flounder, Dabs and a few Ray. Please look after these small Bass as they are slow growing. The minimum landing size for Bass is 36cm, and even then it is believed by many that they have still not reached spawning age.

Lyme Regis: Not a mark that I have featured often, but having fished it more regularly, I can tell that it has a lot to offer. I am currently writing a mark article about it. There are quite a few Mullet showing in the harbour at the Cobb. I fished the first of this years River Cottage Shoreline courses there last Friday. It gave us all an opportunity to find shelter from a strong westerly wind. 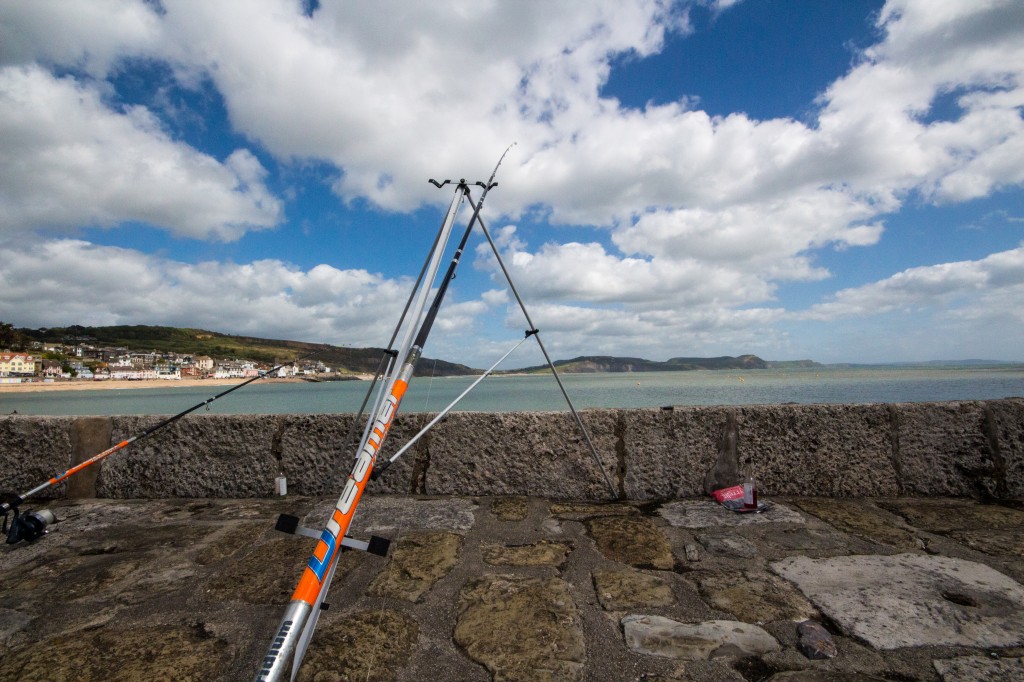 The bay produced a cracking Sole for Neil Goldsworthy. It has a reputation for producing a few good Sole throughout the year. They are normally in very close. 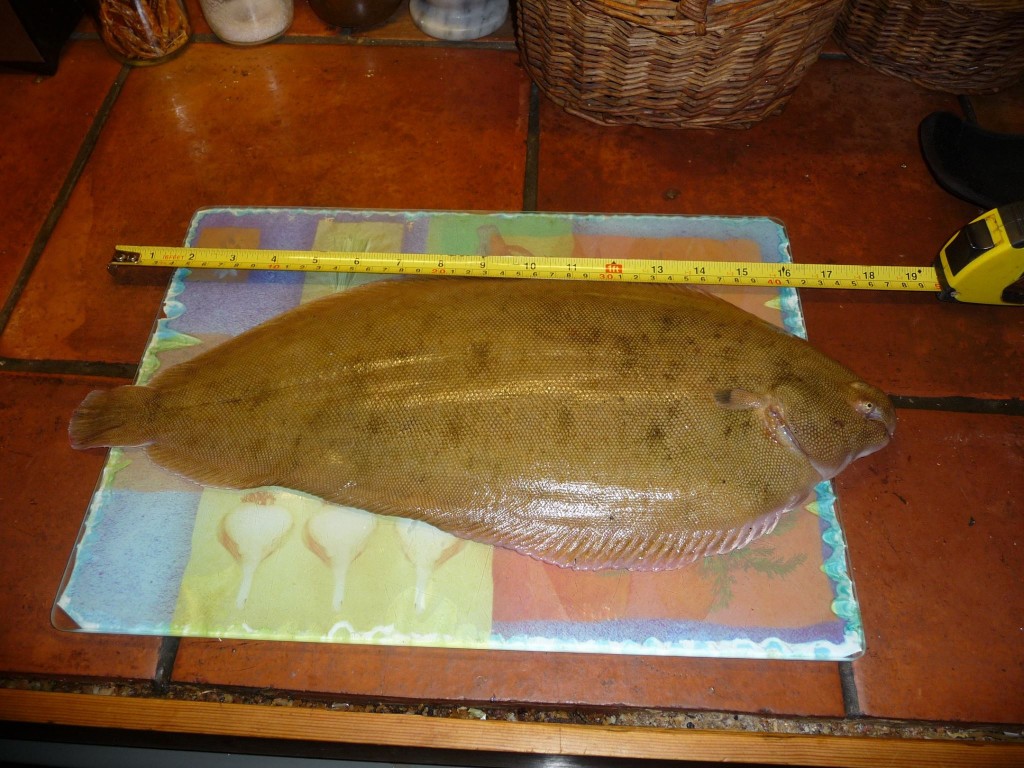 3 Responses to "A good fishing forecast"