Fishing Tails > All Articles > Reports > Chesil Beach > A funny old mix!
Is Chesil the right PLAICE for Cod this weekend Fishing on the Isle of Wight 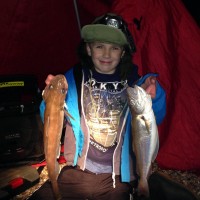 Whiting and Plaice seem to be dominating the catches from Chesil, with very few Cod coming in. There are also loads of Joey Mackerel being caught, but unusually there are no Bass with them. I know it is a bit late for Bass as the water temperature has dropped to 10.3 degrees, but they should still be around until the temperature drops to nine degrees. It has been the worst year that I can remember for Bass. I am going to have a a full day lure fishing for them tomorrow, in the hope that I don’t have to hang my lure rods up until next year just yet.

Today I am heading towards Bexington in search of the Plaice and Whiting. I couldn’t get any Peeler Crab for today, so my chances of a Cod are limited, though I do have some nice fresh Lugworm, and I know that a decent Cod came out yesterday during the day. It would be nice to get some of the good sized Whiting like the ones in the picture caught by young Ethan Casey. 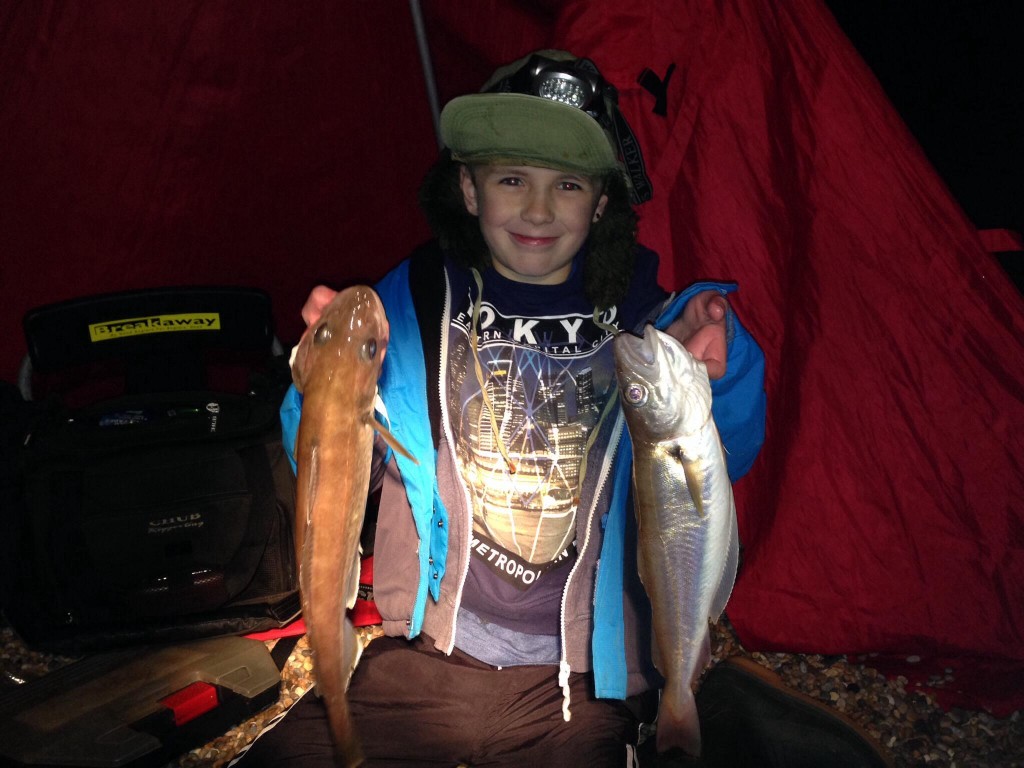 I finally managed to get to speak to Peter Tinsley, the head of Dorset Wildlife Trusts marine section, to find out how the new Marine Conservation Zone (MCZ) will effect anglers. Three new MCZ’s have been announced for Dorset, with two being accessible by anglers. They are Kimmeridge and Chesil Beach. The MCZ’s  come into force with immediate effect. The good news is that it will not stop anglers fishing in any of the areas, but it will trawlers, including Scollop dredgers from fishing within these areas. That will certainly make a difference to the stocks in those areas. The bad news is that the Chesil zone only extends from Chesil Cove, to Dragons Teeth at Abbotsbury, so trawling is still possible at West Bexington, Abbotsbury and Cogden.

I have been going on for a few days about some of the new stuff that I will be doing on the website and I am just waiting for a new light for my camera, before I do the first live video broadcast. I will be using Google Hangouts and you can watch by going to my Google+ page and clicking on the live Hangout. You will be able to ask me questions directly, and hopefully I will be able to answer them. In the first broadcast I will explain about other changes to the sight and how you can become involved. I hope the first one will either be on Thursday or Friday evening. So If you want to see my Google+ page then just click on the red G+ button on the top right of the page.

Chesil Beach forecast: One or two Cod are bound to be around over the next few days, especially with the larger tides. FOr me I will be using to rods, one with a large bait for Cod and the other I will be putting out at range in an attempt to get a Plaice or Sole.

Get your mackerel feathers out and top up on bait for the winter. The Joey Mackerel that are around at the moment make perfect live baits. As soon as darkness hits the Whiting are moving in close and in numbers. Ragworm tipped with Squid is the best bait.

Portland: I have spent most of last week fishing a number of marks around Portland. It really is on fire, with loads of good Wrasse and plenty of hard fighting Pollock on lures and bait.