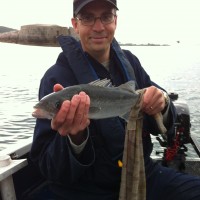 Once again small tides but settled if not a little overcast weather. The story on the beach is it seems like someone has opened up all the kennels as it is Dogfish a cast at times and that is day and night, especially down towards Abbotsbury.

Chesil Beach: Calm with a slight swell. Water is clear down the Portland end of the beach, but still carrying a bit of colour at the Western end.

Portland Harbour: Calm, Water clarity is good all round

Chesil Beach forecast: Plaice, Dabs and Sole from Cogden and West Bexington.  Plenty of Mackerel along the beach now. These are being hit by a pod of Dolphins, this normally means that there are other predators taking advantage of the feeding spree. Lots of Dogfish and Pout during the day and the evening. Wrasse and Pollock from Chesil Cove end of the beach. 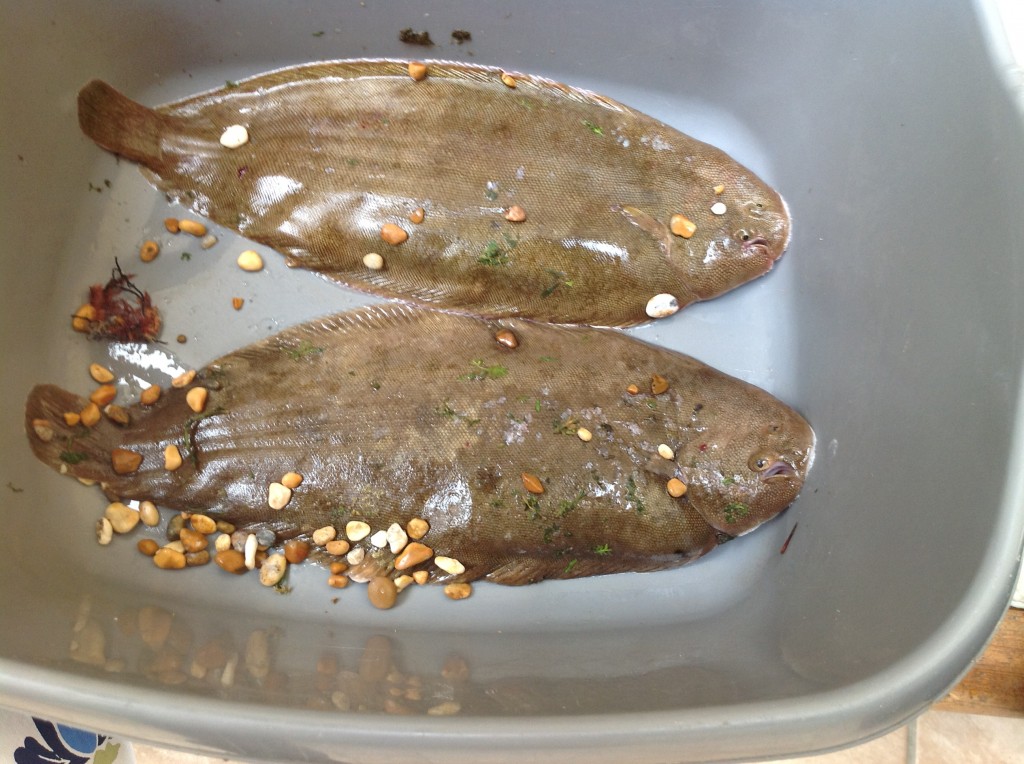 The Plaice have pretty much spread from there spring feeding grounds to the West and are now showing up all along the beach including the Weymouth end. They are not in any numbers but still make a welcome site. A few Gurnard should show soon. If you find any let me know as my mate is desperate to catch some this year, they are rapidly becoming his nemesis fish 🙂

Portland: Now the water is clear again good catches of Wrasse and Pollock are on the cards. My prediction that gold, blue and red soft plastics would work turned out to be true, with several anglers emailing me saying that they had fish up to 4lb on light gear. Now that is what you call fun. Plenty of Pollock and Garfish around off the Bill. Lures or float fished Mackerel will take both species.

Portland Harbour: Lots of Mullet in Portland Harbour and a few Bass showing as well as Flounder. I had a quick trip out with my mate Roger yesterday evening on his boat. We managed half a dozen Pollock in an hour and he managed to get his first Bass this year, which fell to an old classic lure, the Toby. 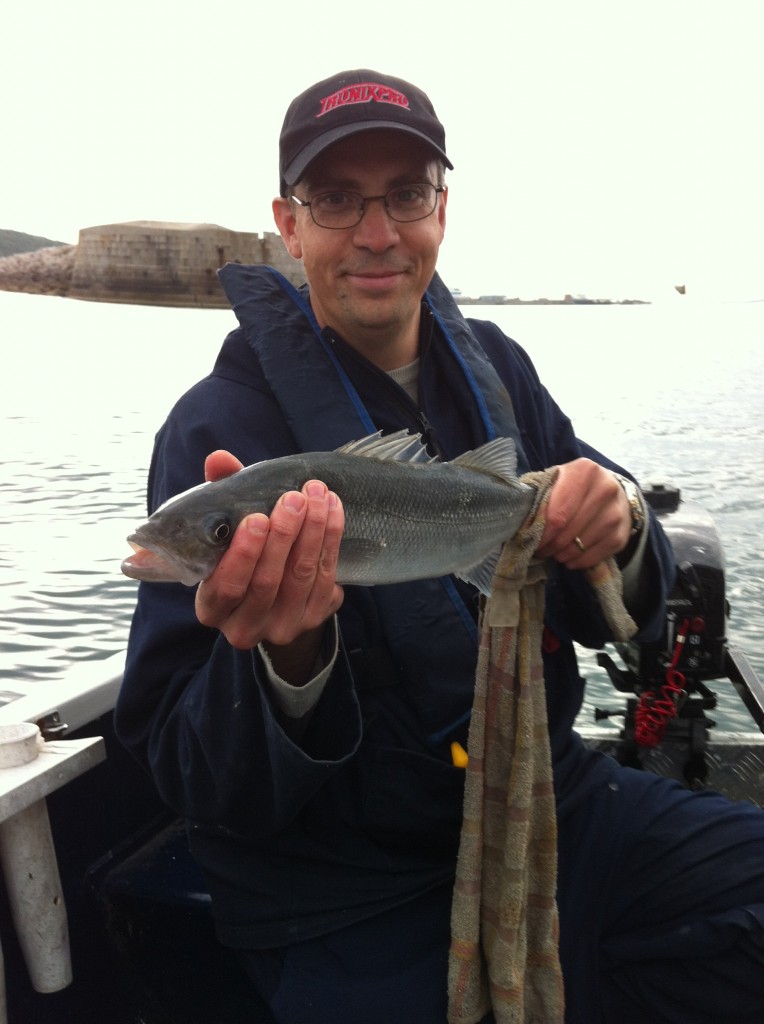 First Bass of the year for Roger

Weymouth Bay: Apart from the piers no one seems to be fishing Weymouth beach apart from a few guys on holiday. It really is the most under rated marks in the area. Ray’s Bass, Flounder to name but a few of the species